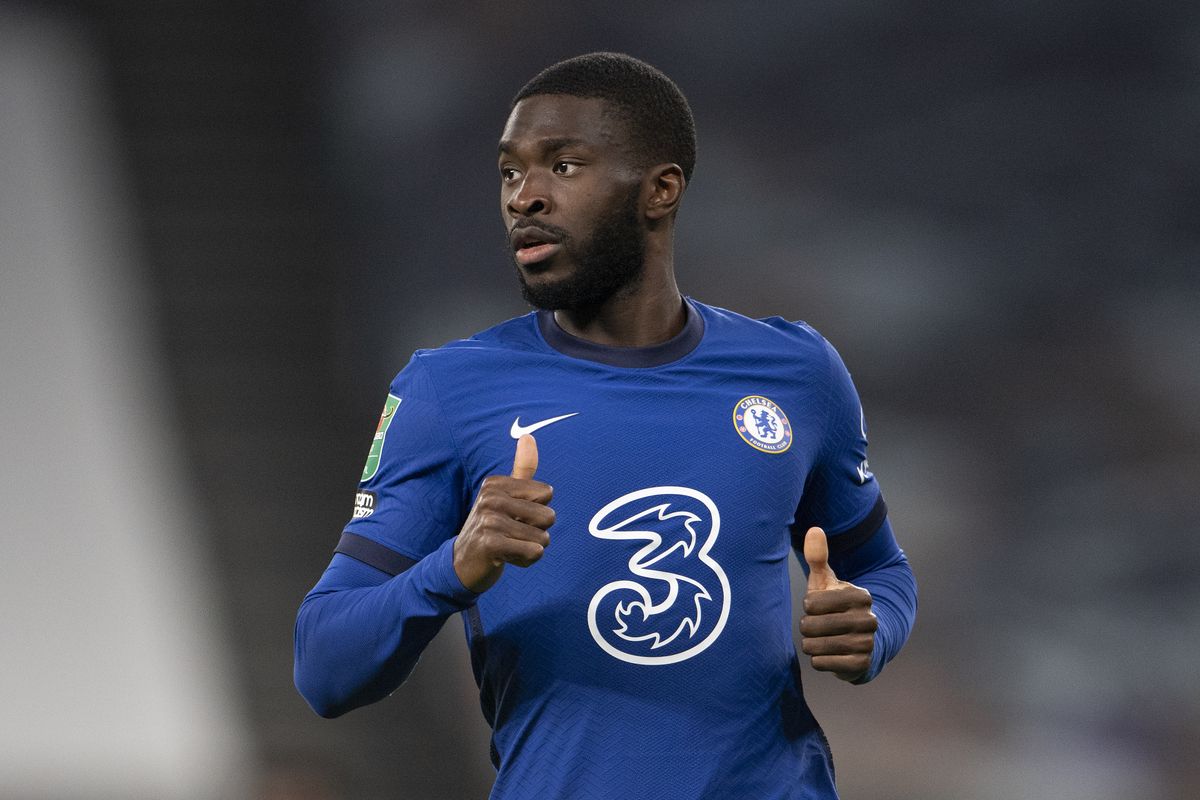 Chelsea boss Frank Lampard has already confirmed that the club’s young defender Fikayo Tomori will be leaving the club on a temporary transfer as he cannot promise him of more playing time in the team.

While several clubs have made an attempt on the player, Italian Serie A outfit AC Milan are believed to be the winner of his signature, beating Newcastle and Leeds United.

Fikayo Tomori’s move to AC Milan is likely to be announced any moment from now, with the deal including a £25 million ($34m) option to buy at the end of the season.

The 23-year-old was instrumental in the Blues’ run to a fourth-place Premier League finish last season, after stepping up from the academy when Frank Lampard was appointed as the club’s new manager in the summer of 2019.

However, he has failed to land same favour this season with just one Premier League appearance and two appearances in the Carabao Cup. We can blame the arrival of Thiago Silva and the resurgence of Kurt Zouma for Fikayo Tomori’s fate.

Asked to address the centre-back’s impending switch to Milan, Lampard refused to open up but insisted that Chelsea will do what is best to ensure that he can go on and fulfil his potential as his career progresses.

“I don’t think there’s any ‘when did it start to go wrong’, Fikayo’s a developing player. As a squad, we had four centre-backs last year, and you can’t play four in one game,” Lampard told a press conference on Monday.

“And you try to find consistency at different times. At one point Fikayo was in that, and then later on not so much. And this year we have five centre-backs, so the predicament is difficult for centre-backs who are not playing regularly.

“And that’s why he may go out on loan for his development, he’s a young player and he’s had a huge rise in the last two or so seasons since I’ve been working with him, and that will continue, and we’ll find the best path for that.”

Meanwhile, Danny Drinkwater has already left the West London outfit to join Kasimpasa on loan, and Tomori could be the next to enjoy the same fate.

Lampard has therefore dismissed insinuations that the club are clearing out deadwood to make room for new signings.

“In terms of players, I think it is great for Danny to leave and go and play for himself to try and get some games. With Fikayo, we will see,” he said. “I am not concerned with getting players out to bring some in at this point.

“I am trying to make sure the balance of the squad is right and if players do move on then that’s beneficial for them and our squad, I see that as a positive.”

Chelsea defender is wanted in Brazil 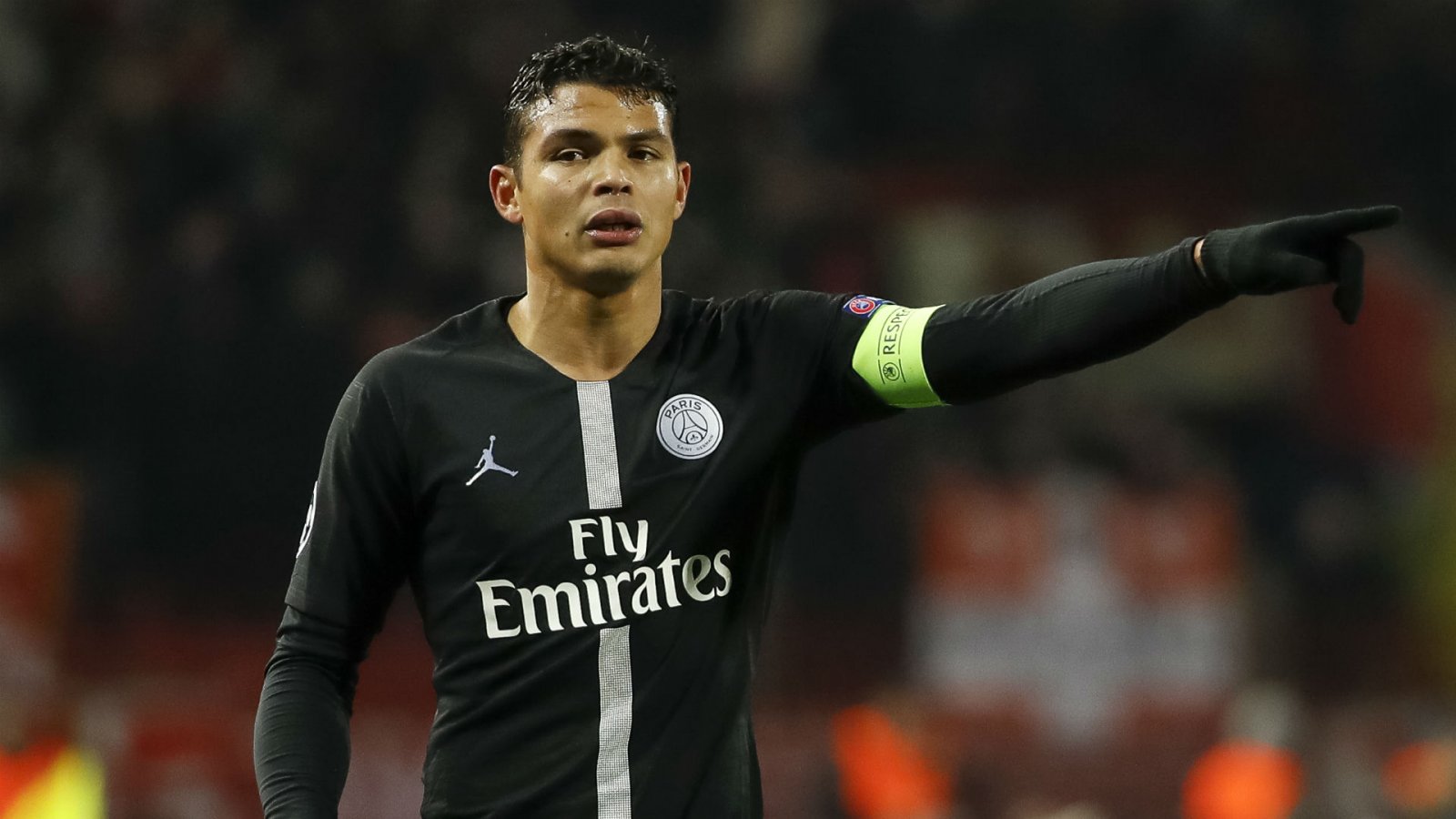 Thiago Silva has barely stayed with Chelsea for a year but he is already attracting interests from his country home, Brazil as his childhood club, Fluminense wants him back.

Fluminense manager Marco issued a transfer plea to Thiago Silva to join the club as soon as his contract with the Blues expires at the end of the season.

Thiago had a youth career with the Brazilian outfit before graduating to their senior team, He later left for AC Milan in January 2009.

Marco was signed by Fluminense to replace Odair Hellmann and wants to work with his former teammate, having played together in the Brazilian outfit.

Marco shared details of a text message conversation between the pair in which the Chelsea defender hinted he could return to assist him in the future.

Right on time, he [Silva] saw the message and said: ‘I’m going there to assist you,” Marco revealed in a press conference on Wednesday, as reported by Globo Esporte.

“I said: ‘Hey! Not as an assistant, come to play here, come to help us, you’ll be very welcome’. A great affection, we exchange messages every day.

“Somehow, we help out there. And in the same way, he helps here. God willing, soon he’ll be here with us too, being able to help on the pitch.”

Meanwhile, Silva could be staying at Chelsea beyond this season after admitting last month that he hopes to earn an extended deal to his one-year contract, having had an impactful stay so far.

“I have learned in [a lot of different competitions] and I use it to help young players.

“This is my first experience in the Premier League. I hope to continue to play well and that my contract will be renewed.”

The 36-year-old joined Chelsea on a free transfer after his contract at Paris Saint-Germain expired at the end of last season. He signed a one-year contract with an option to extend for a further year.

He has formed a great partnership with the defender and the Blues are already thinking of an extension.

“I’ve seen the reports and there is an option in Thiago’s contract that we can look at as the season goes on.

“Obviously the way he is playing at the minute we are very happy, so that’s the end of it really. I’m surprised it’s come out in that way.” 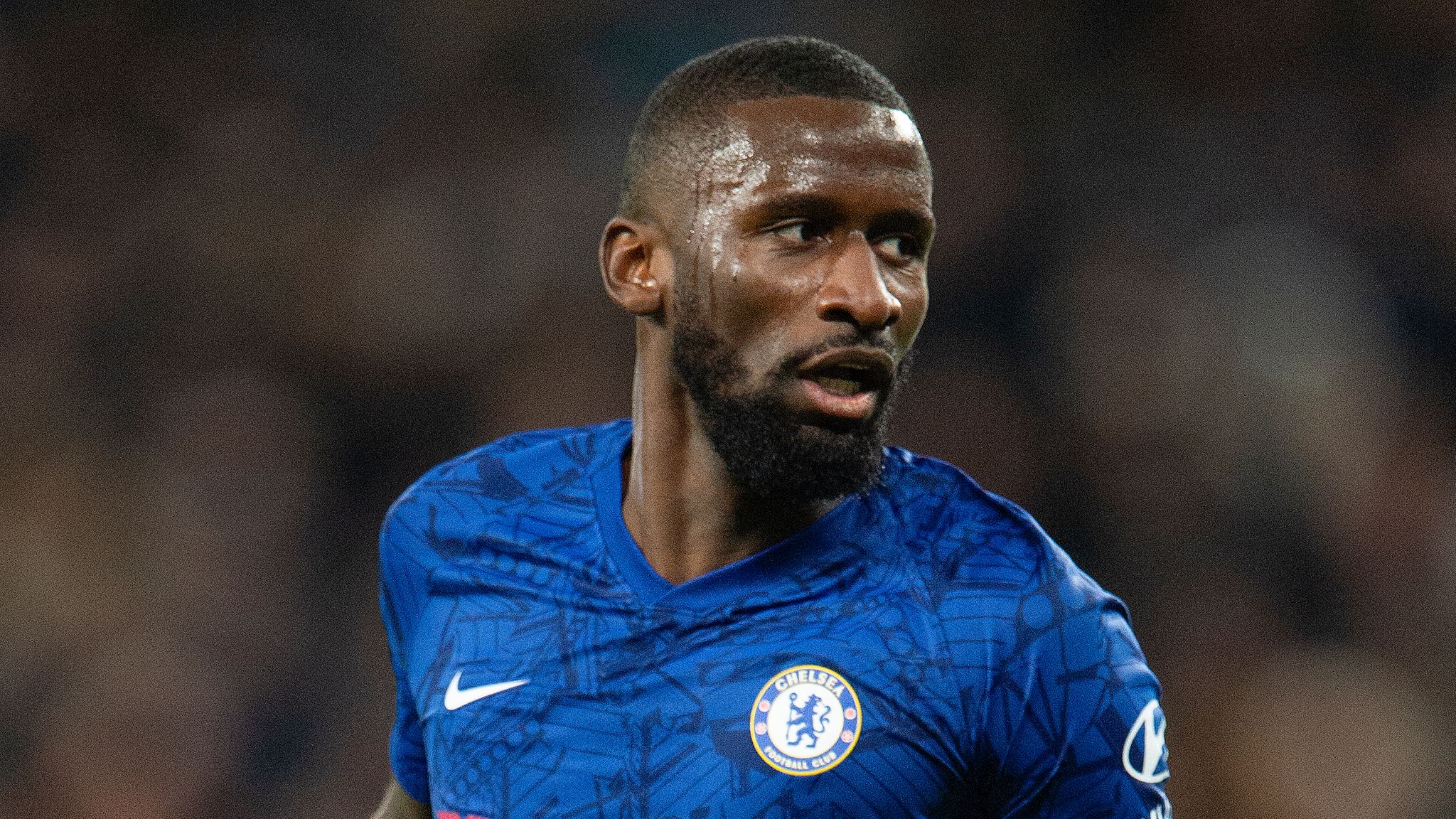 Antonio Rudiger seems to be having his last days at Stamford Bridge with the West London outfit Chelsea with claims that the club have made up their mind to sell him in summer transfer.

This development has placed a lot of clubs on alert, including Serie A duo, AC Milan, and Juventus, alongside Spanish La Liga giants Barcelona. The mentioned clubs have got a concrete interest in him.

However, the Spanish giants seem to be favorites in the chase of Antonio Rudiger as he is interested in a new challenge, away from what he has known in the past. He wants a bigger and thinks Barcelona can offer him that challenge.

Antonio Rudiger has had an experience of the Italian Serie A, having played with AS Roma. The league might no longer be attractive to the Blues player anymore.

Chelsea want £18 million for the star player who is already in the market ahead of the summer transfer window. He could bid goodbye after four years at the Stamford Bridge.

However, the Blues seem to be making efforts to keep Antonio Rudiger at the club for more years as he hinted that something has been happening as it relates to his stay.

“I’m satisfied with how the situation has developed in the past weeks, now I see myself as a permanent part of the team. I had a tough time, so I also checked other transfer options but I received positive signals from the coaching team.”

The centre-half has also been impressed with how quickly his fellow countryman has settled in the Premier League.
“The league has accepted Timo really well,’ Rudiger said.

“Timo integrated into the team and the league very quickly. He can use his speed very well, causes defenders huge problems and exudes confidence all the time.”

Meanwhile, Antonio Rudiger’s choice of a move will depend on his chances of playing in the Champions League as well as the playing time that would be handed to him at the prospective new club.

He seeks to be relevant at the international team and will do all it takes to keep playing to be able to get a place in the Dutch national team ahead of the European competitions coming up. 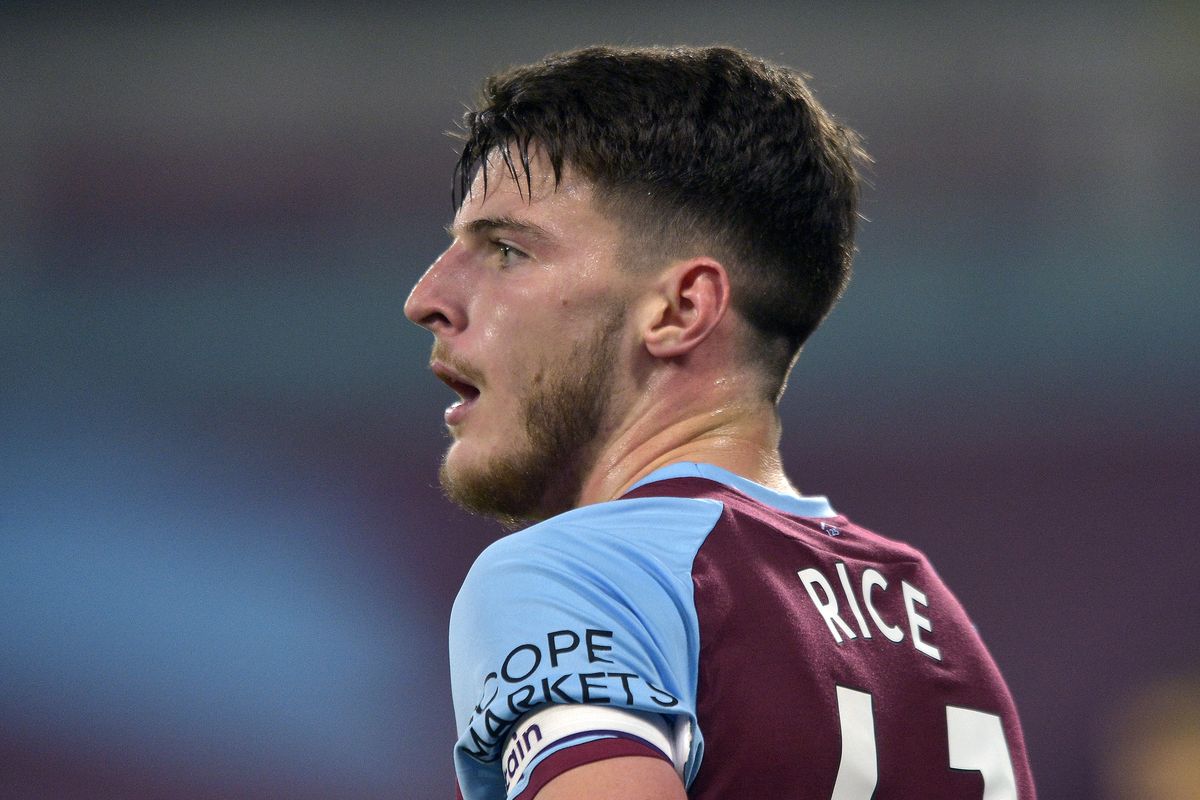 The former Red Devils defender added that the 21-year-old, who has 13 England international caps will seal a move to the West London club around £50 million in the summer to end his about three years relationship with the Hammers.

The talented young midfielder is now the most important and consistent player that David Moyes has on his books and is already attracting interest from Man United and Chelsea.

However, Rio Ferdinand praised Declan Rice for his level-headedness, suggesting that he won’t push for a move away from the London Stadium.

“I don’t think he goes this window, I think he stays there for the remainder of the season. I don’t think he’s the kind of kid who is going to push to leave right now. If it happens, it will be between the clubs. I think he’s quite a laid-back kid in that sense but he’s a driven kid. He’s someone who wants to achieve, better himself and improve. He’s like a sponge.

“He wants to know everything because he wants to better himself and you can’t fault a kid like that. Good luck to him. I think it’s inevitable he will go but I think he will go in the summer and I think it would be to Chelsea if he had his wish. West Ham would be looking to get as much as they can. I think with the Covid situation, the price has to be altered again. West Ham would be looking for £70m plus but with Covid, it will be around £50m.”

Declan Rice is not out of contract until the summer of 2024 let us not forget. And West Ham have the option of extending that deal by a further 12 months but it is yet to be seen if Frank Lampard will be willing to invest £50 million for his signature.