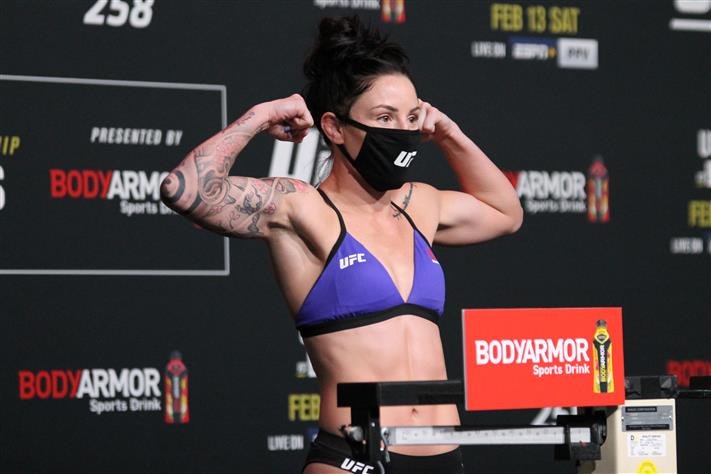 Mallory Martin has decided to quit UFC after just four fights in her career.

The last time the 28-year old (7-5) competed was in December last year and she lost in a unanimous decision against Cheyanne Vlismas.

Her decision was noted by Twitter account UFC Roster Watch, an automated service that monitors changes to the promotion’s athlete database, on Tuesday

She started her UFC career 1-2, with one of those losses coming to future UFC prospect Maycee Barber, Martin worked her way up through Invicta FC, and appeared on Dana White’s Contender Series in 2019.

She won her fight on Dana White’s Contender Series in 2019 show, but was not signed to a UFC deal, instead heading back to Invicta, where she picked up one more win later that year, in November.

A month later, she had her first UFC fight against Jandiroba on short notice against former Invicta strawweight champ Virna Jandiroba, and when lost.

Martin then bounced back, defeating Hannah Cifers in August of 2020 by way of rear-naked choke.

Unfortunately, Martin dropped both of her fights in 2021, losing in a submission to Polyana Viana before dropping the aforementioned decision to Vlismas.

She did no really make her reason public on why she decided to quit the UFC but it is likely to be connected with her lack of wins and contract deals.

Related Topics:Mallory Martin
Up Next

UFC legend speaks about why he wants to own Chelsea, Man United, Celtic and how 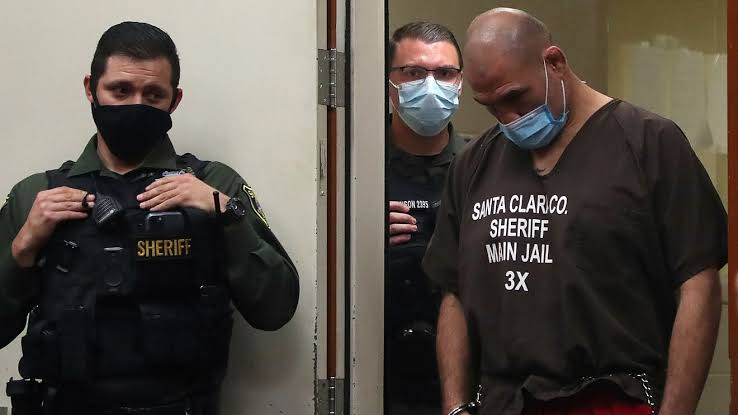 Cain Velasquez has made a statement on child abuse and sexual assault amidst his current confinement in prison.

His statement reads, “As April, National Sexual Assault Awareness & Child Abuse Prevention Month, comes to an end, let’s remember the facts so that we can help drive change. Fact: Only a tiny fraction of children who are sexually abused will ever tell anyone. Fact: Around 85% of children who are sexually abused are abused by someone in their circle of trust.

“Fact: Most people who sexually abuse children will never be caught or prosecuted. Although I am not at home, I stand to help educate the community and provide resources and information for victims and their families.

“No one should have to go through sexual abuse and we need to stand up and push for change. thank you all for your continued love and support. Please visit and consider supporting rainn.org in its mission to educate the public on sexual violence. Cain.”

This is after he allegedly attempted to shoot a man identified as Henry Goularte for molesting a relative of his.

The ex-UFC heavyweight champion chased down the car Goularte was in, firing shots into it, and hitting Goularte’s stepfather.

He could be facing up to 20 years behind bars.

Velasquez has however received support since his arrest from various names, including, Joe Rogan, Dana White, Colby Covington, Ronda Rousey, and so many more.

Some have even written letters to the Santa Clara County Superior Court in support of Velasquez, such as UFC President Dana White, Bellator President Scott Coker, and Khabib Nurmagomedov.

UFC legend speaks about why he wants to own Chelsea, Man United, Celtic and how 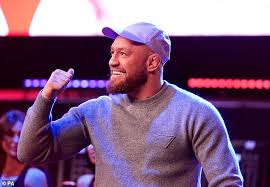 UFC legend Conor McGregor has insisted that he is interested in owning a football club and he has Chelsea, Man United and Celtic as his wish.

This is coming after Roman Abramovich made it public is desire to sell Chelsea as a result of the ongoing war between Russia and Ukraine. It is understood that he has been put under pressure because of his relationship with Putin.

The fighter, therefore, said his interest is “not in jest”, reiterating his desire to get into the football industry on Sunday.

“I do not speak in jest. I am exploring this, as I said,” he tweeted.

“Celtic from Dermot Desmond, Manchester United from the Glaziers, and now the recently up for sale Chelsea football club. All being explored. A football franchise purchase is in my future make no mistake about it.”

He added: “Everyday I ball. How wouldn’t I lead a team of young, dedicated athletes to glory. I’m perfect for the job. Pray it’s your team.”

Meanwhile, Chelsea, Thomas Tuchel has condemned the chanting of Abramovich’s name during the minute’s applause for Ukraine in yesterday’s match against Burnley.

The Russian oligarch is revered in West London, having injected £1.5bn into the club since his takeover in 2003.

He continued: “We also do this because of what we are as a club. We show respect, and we need our fans to commit to this minute of applause in the moment.

“We do it for the people of Ukraine and there is no second opinion about the situation. They have our thoughts and our support and we should stand together as a club.” 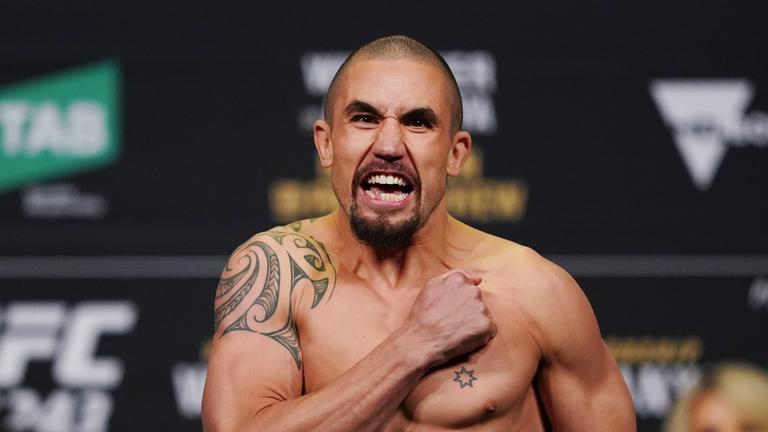 More to enjoying the cash, Robert Whittaker can become Australia’s most popular fighter this Sunday, if he beats middleweight king Israel Adesanya in Houston, Texas.

Already, Whittaker boasts of his hyped UFC 271 headliner but more could happen as he could break national Pay-Per-View records with the fight.

More to that, if he should reclaim the gold strap he lost Adesanya in 2019, and set up a blockbuster trilogy bout, his next challenge is likely to be for Anthony Mundine’s old tag of our undisputed PPV King.

“From what we see, it’s clear Whittaker is the number one Pay-Per-View star in Australia,” said Shaw, the UFC Senior Vice President, International & Content.

“He’s the biggest name representing Australian combat sports and the fighter fans want to see most.

“And now his rematch with Israel Adesanya, it’s a genuine top of the division fight, with Rob looking to avenge the only loss he’s had over the past eight years.

“Only a trilogy fight could top this.”

“This is the fight that cements Rob as Australia’s No.1 fighter,” he said.

“Throughout the Covid pandemic, the UFC has gone into another stratosphere both globally and here in Australia. And Rob Whittaker is our face of that.

“On Instagram alone, he has over one million followers.” 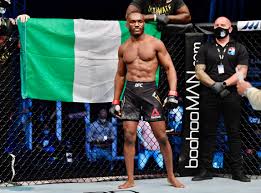 No doubt, UFC welterweight champion Kamaru Usman will not be in the ring anytime soon as he is away on the treatment table.

He underwent surgery to repair a ligament in his hand and will have to wait until it heals.

This has been confirmed by his manager, Ali Abdelaziz of Dominance MMA, to ESPN.

What is yet to be known is the details of the surgery as the hand Usman had surgery on was not disclosed.

Usman’s next fight could be in July as he is targeting a return for International Fight Week, the UFC’s huge annual summer celebration in Las Vegas. UFC 276, which is the culmination of this year’s festivities.

Usman (20-1), the Nigerian decent who grew up in Texas, has won 15 consecutive fights, just one shy of the UFC record held by former middleweight champion Anderson Silva.

The 34-year-old Usman enjoyed a unanimous decision victory over Colby Covington at UFC 268 in November, which we his last fight.

Usman has been UFC’s welterweight champion for the past three years. He has successfully defended his belt five times since defeating Tyron Woodley for the 170-pound crown at UFC 235 in March 2019.

It is yet to be seen if he would return to the ring in July as his return depends on his healing and fitness. 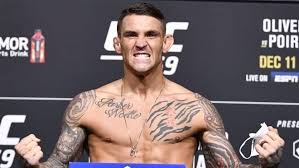 Dustin Poirier has a lightweight title fight with champion Charles Oliveira this weekend at UFC 269 and he is already thinking of what the next step would be if he wins or not.

According to Dustin Poirier, his career will not come to an end as a result of the fight as he would still keep doing it.

This is of course, news to the fans as he has earlier hinted of retirement.

“I see a lot of fighters try to get every last drop out of their careers and leave a lot of themselves out there. I don’t want to do that,” Poirier told Bisping during a recent interview for BT Sport. “I’ve been fighting a long time. I had my first fight at 18 years old.”

“I don’t think I’m going anywhere. I think I might fight less frequent. I just love fighting, it’s who I am. Win, lose or draw Saturday night, I’m not gonna be fighting three times a year, moving forward.”

Poirier, who turns 33 in January, will be fighting for the third time this year when he meets Oliveira for the lightweight title at UFC 269 in Las Vegas.

However, he spoke about his rilvary with
fellow lightweight contender Conor McGregor and says it will continue until the end of his career.

In his words “We can fight five more times, I don’t think it’s ever gonna be settled. It’s just one of those rivalries that’s gonna be forever.” UFC Hall of Famer Jon Jones has hinted his fans of a possible return date after being on the sidelines.

Jones hasn’t fought since he vacated the light heavyweight title in 2020 and, when he comes back.

He therefore, said a comeback in April/July is possible at Madison Square Garden in New York City while speaking in a recent interview with KRQE News (h/t MMA News).

“I’m looking to fight somewhere in April, possibly Madison Square Garden, or total opposite date, possibly July at International Fight Week. So those are the two dates that I’m eyeing.

“I think it’ll depend on who wins in January between Francis Ngannou and Ciryl Gane, and we’ll just take it from there,” he said.

Recall also that Jones was kicked out of JacksonWink MMA earlier this year over domestic violence allegations. The controversial star now trains at Fight Ready in Phoenix, Arizona under the tutelage of Eddie Cha and Henry Cejudo.

Despite his ordeal, He is currently #6 in the UFC men’s pound-for-pound rankings.

It is now left to be seen if Jon Jones will win his return from retirement or not.

Meet UFC fighter who seeks a rematch 13 years after

It might be 13 years ago that Clay Guida first met Nate Diaz at UFC 94, he won’t give up on his wish for a rematch.

Guida, when addressing his performance as well as what comes next for him. He said he would love to add Diaz on his resume again after already winning a unanimous decision in their first meeting all the way back in 2009.

“We just want to stay on the gas pedal,” Guida said about what comes next for him when speaking at the UFC Vegas 44 post-fight press conference. “Stay active and there’s still one dude out there with our name on him. I beat him once. I’ll give him another chance.

“Nate Diaz, I know you’re out there. You can’t run. You can’t hide. I know you’re going to turn the fight down and probably won’t even know that we want to fight you, but if you ever want to do it again, buddy, I’ll give you a shot at it. Let me know.”

Expectedly, Diaz has never really responded, which is why Guida was smiling but also realistic about the chances that he’ll actually get that fight any time in the future.