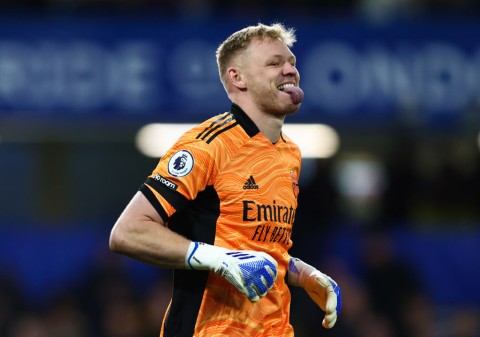 Arsenal goalkeeper Aaron Ramsdale has explained that celebrating in front of Bruno Fernandes after his penalty miss was ‘good sh**housery’.

Ramsdale began sprinting towards Fernandes after seeing the shot go wide, jumping in front of the Portugal playmaker and punching the air in delight. He was however, criticized for that.

Ramsdale said the response from fans and pundits was ‘blown out of proportion’.

Speaking on That Peter Crouch Podcast, Ramsdale said: ‘It was good sh**housery, but I think it got blown out of proportion because there was five or six Arsenal players in front of me so I celebrated with them.

‘It looked like it, I probably had that [Keown’s celebration] in my head a bit and then stopped halfway, but it’s just emotion.

‘It’s nothing to do with him [Fernandes] or to do with the football club or anything like that. It was just pure emotion.’

‘I find it quite funny how other players or fans can do what they want to goalies who stand there on their own for 90 minutes getting abused,’ the former Sheffield United star said,

‘I waved at a Chelsea fan the other week, who was giving me all sorts in the second-half, so when we scored the penalty I waved at him and security guard said, “why did you do that? Was it necessary?”

‘I said, “you’ve listened to everything he said, he has called me every name under the sun, but I can’t simply wave”. It’s enjoyment for me.’

Related Topics:Aaron Ramsdale
Up Next

Serie A striker’s agent speaks on interest from Arsenal, Tottenham 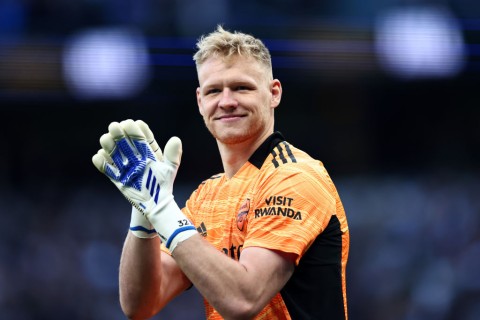