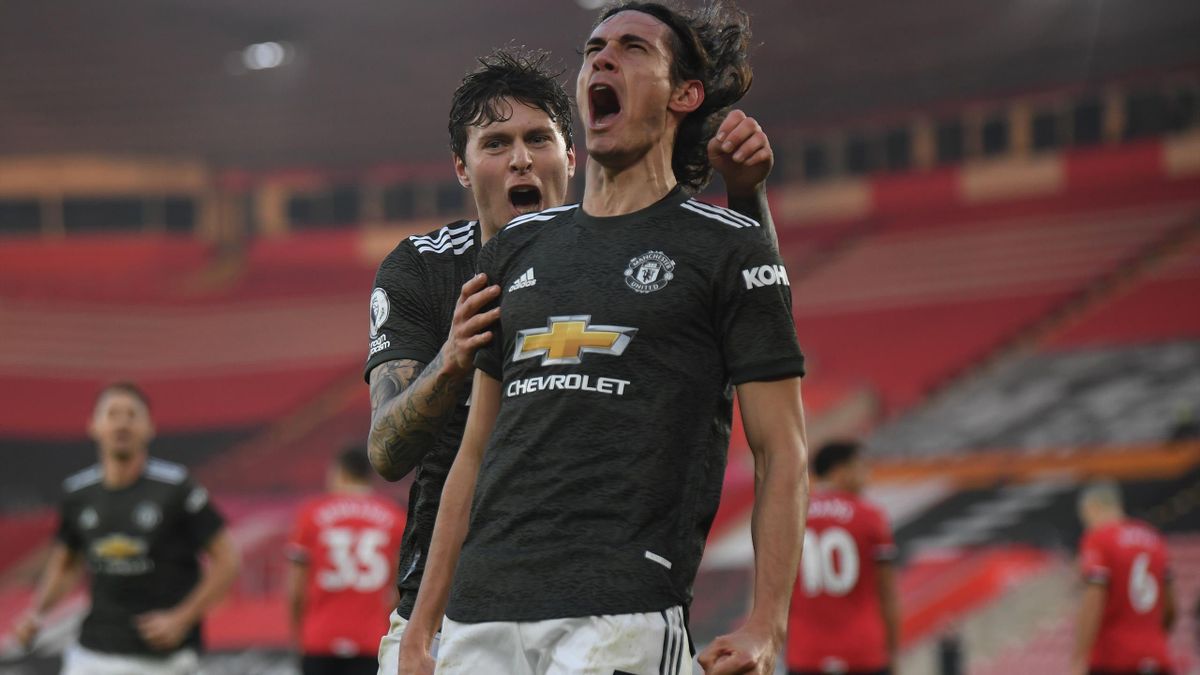 English premier league contender, Manchester United striker Edinson Cavani finally delivered for his new club after he almost singlehandedly dragged the club from the jaws of defeat to victory.

The Uruguayan came to the Premier League with a big reputation for scoring goals aplenty everywhere he has been since his career started at Danubio in his native Uruguay.

Edison Cavani had not shown his true colors as a consistent goal scorer until the league game with Southampton at the weekend. The player would argue that he has not been given the opportunities needed to shine for his new club.

Edinson Cavani signed a lucrative free transfer deal at Manchester United in the summer on the back of his non-activity for six months.

He had not played competitive football since March due to the suspension of the French football league last season. The top five European leagues had to suspend football in March due to Coronavirus.

All the top five leagues resumed football except France. This decision was greeted with mixed reactions as Edison Cavani and PSG were restricted to matches in the Champions League, the French Cup final and the French League Cup final upon the resumption of football. By that time, Edinson Cavani was a free agent as his PSG contract had ended.

The ex-Palermo and Napoli attacker was not involved as PSG went close to winning the Champions League title upon the resumption of European football in August.

PSG got to the final of the competition before losing 1-0 to Bayern Munich courtesy the second half strike from former player Kingsley Coman.

Edinson Cavani has had to play catchup on the fitness front upon signing for Manchester United at the start of this season and this explains why manager Ole Gunnar Solskjaer has not named him in more starting line-ups.

However, Solskjaer won’t have much choice than to give him those starts after his heroics against the Saints on Sunday evening. His lone start this season came in the Champions League clash with Turkish side Istanbul Basaksehir on Tuesday night. He was not amongst the scorers as Manchester United beat their visitors 4-1 to edge closer to the next stage of the competition.

Edinson Cavani was back on the bench for the league trip to in-form Southampton but that lasted for just 45 minutes after he came on for the ineffective Mason Greenwood at half-time with Manchester United trailing 2-0.

His impact was a devastating one on the Saints as he engineered a 3-2 comeback win at the St. Mary’s Stadium.

A brace from him plus the assist for Bruno Fernandes who started the Manchester United fightback as the Southampton rearguard struggled to live up with the quality of Edinson Cavani.

With the latest showing, Ole Gunnar Solskjaer won’t be able to ignore the Uruguayan international from his starting team.

As a matter of fact, he needs to start more games if Manchester United want to contend with the other big teams for the Premier League title.