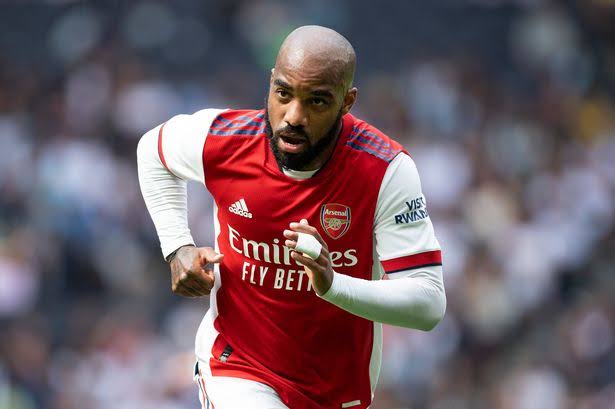 Arsenal manager Mikel Arteta has paid tribute to Alexandre Lacazette after the striker’s departure to Lyon was announced this morning.

Lacazette has agreed a three-year contract with the French outfit as his Gunners deal expires this month without renewal.

Manager Mikel Arteta said: “Laca has been a fantastic player for us.

“He’s been a real leader on and off the pitch and has been a very important influence to our younger players.

“His commitment with us has been exceptional and we wish him and his family success and happiness.”

Also in his remarks, technical Director Edu, added: “A big thank you to Laca from everyone at Arsenal.

“He’s been really important for us. “He will always be part of the Arsenal family and we wish him well for everything in the future.”

Lacazette in his departing speech, said it was time for “a new experience and a new adventure.”

He added: “I want to keep all the good moments I had in the club, because for me it was just a pleasure to play for a club that, since I was young, I dreamt of. I’m really happy to have played for five years for Arsenal.”

He talked about winning the club’s Player of the Year award in 2019.

He said: “There’s a board at the stadium with all the winners’ names on, and in my first season I told my dad that one day I would be on it. So I’m really proud I made it.

“I really felt at home at the training ground and the stadium – I used to call it my garden!”

Journalist drops name of midfielder Arsenal are confident of signing