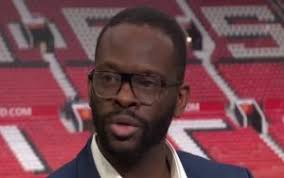 Former Man United striker Louis Saha has suggested that the club has been able to solve a number of problems with the exit of Donny van de Beek and Anthony Martial have come as a bonus to the Red Devils.

He said there will now be less scrutiny on the players who aren’t able to force their way into Ralf Rangnick’s starting line-up.

The two players departed Old Trafford in January, with Van de Beek joining Everton on loan and Martial moving to Sevilla for a temporal deal.

Saha stressed that Rangnick’s side will benefit from the duo’s absence.

“Some of the transfer window is more about the balance of the squad,” Saha exclusively told the Express in conjunction with William Hill.

“Having players in the camp happy – it can be like a signing.

“There can be less talk about players that aren’t playing – so there is less frustration around the camp. So there’s better focus.”

And Saha has admitted the players need to focus to ensure they have a successful season.

“The problem this United camp has is focus,” Saha added.

“They don’t need social media, rubbish stories – it’s about winning games and they have enough good players in this squad to do well.