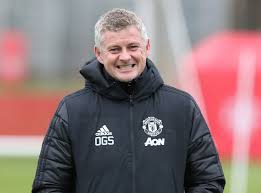 Man United legend Gary Pallister has claimed that the integrity of Ole Gunnar Solskjaer is still intact despite his exit from Man United some months ago.

Recall that the Norwegian was sacked in November after almost three years in charge of United but the club legend insisted that there are positives from his stint as the club’s manager.

“The positives were the positivity he brought back into the club,” Pallister, who won four Premier League titles with United, told TribalFootball.com, on behalf of OLBG.

“I think there was a lot of backstabbing and moaning behind the scenes before he came in. You talk to people who work at the good and the opinion was that he brought back the feel good factor to Manchester United and Old Trafford.

“Whether you want to knock Ole or not, he tried his best to bring back the entertainment to Old Trafford and put smiles back on the faces of the fans.

“He wanted to make them an exciting side and ultimately it didn’t work out for him. The games against Liverpool and Manchester City were harsh realities and the actions spoke louder than words on those occasions.

“Although they finished second, there was a sense that Manchester United were still a long way off from competing with these sides, which cost him his job.

“For a while he brought some smiles back after watching some real turgid football under previous managers.

“I think he can take that away from him and he’ll always have the love of the fans, but when the axe did fall, I think it was fair to say that everyone knew it was the right thing to do.”

Fred exposes United over a decision taken that was not ideal