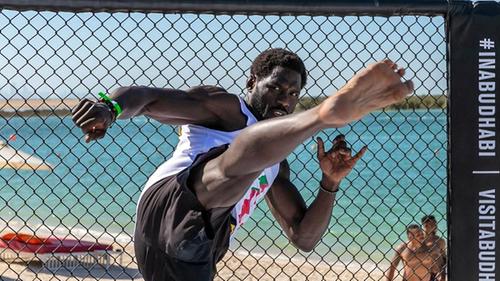 Jared Cannonier can’t wait to make his return to the Octagon this weekend as he bids to emerge as the main challenger in the UFC middleweight division.

He told The National that he’s raring to go ahead of his middleweight title eliminator fight against former champion Robert Whittaker.

Cannonier will take on Whittaker in the biggest fight of his career at UFC Fight Island, Abu Dhabi and he has set his sights on a win over his opponent.

He has had to overcome a long injury layoff to get back into the Octagon and a win over Whittaker could see him become the next challenger for middleweight champion Israel Adesanya.

The Nigerian-born Adesanya has previously talked about facing the third-ranked Jared Cannonier if he manages to beat the second-ranked Whittaker this weekend.

Jared Cannonier has a record of 13-4 MMA, 6-4 UFC ahead of the fight with Robert Whittaker.

He also told The National that his target is to become the UFC middleweight champion in place of the unbeaten Israel Adesanya.

Adesanya had previously beaten Whittaker whom he dethroned in October 2019 to take the middleweight title and he’s only interested in fighting Cannonier who has to get through his fight with Whittaker this weekend.

Khabib Nurmagomedov Plans On ‘Finishing’ Justin Gaethje In Third Round

There is never been this much inactivity in MMA, Andrade’s Onlyfans #ufc 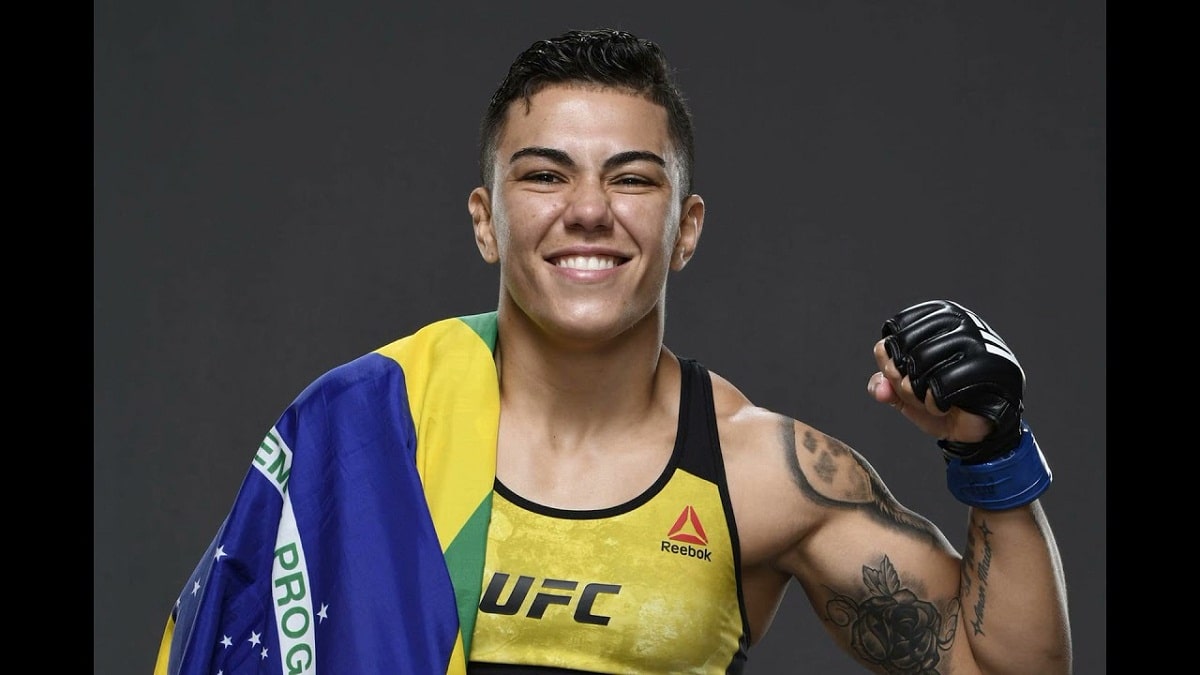 Jessica Andrade has decided to show a different side of herself through OnlyFans, despite an unexpected surprise, shes happy with the response so far.

“Bate Estaca” joined OnlyFans a few months ago under the advice of her wife Fernanda Gomes to make extra money after moving full-time to Las Vegas, but nude photos of her have leaked and gone viral recently in Brazil.

“I’m 30 and my body won’t look pretty for the rest of my life, so we have to enjoy it while it’s nice. No one will want to see it later. [Laughs.] Better use it now, then when it’s gone. But I wasn’t upset. I thought it was funny because people did a lot of memes.”

Andrade said that “life has taught me a lot,” especially after she announced to the world that she is a gay woman. Dealing with prejudice and backlash, the UFC star said, has prepared her to live life without paying too much attention to negative energy.

“If I had done [those photos] against my will, it would’ve been different,” Andrade said. “But I did that knowing it would probably happen. Not everyone is honest with you all the time. The photos were a package to one person but you don’t know this person’s heart and nature, and unfortunately that happened. But it was a learning experience. So we do photos now, but only to the right people and the right way.”

At least the unpleasant surprise was preceded by a nice check.

“I paid off my car and six or seven months of rent [in Las Vegas] in advance,” she said. “I haven’t even used the money of my last fight’s purse. I was able to pay my bills in Brazil, help my family and help Fernanda’s family with OnlyFans’ money.

“It’s nice when you check your account and see the money is still there. You’re like, ‘My God, I’m buying a lot of stuff on Amazon, my house is like a market right now, and the account remains the same. … Even though the photos have leaked, it was only four or five photos.”

Andrade says she hasn’t posted anything on OnlyFans for some time since she’s currently in camp for her flyweight bout with Cynthia Calvillo on Sept. 25, her first octagon appearance since challenging Valentina Shevchenko for the UFC title, but plans on resuming her posts after that.

Aside from the money she was paid for those leaked pictures, Andrade said she was able to pay off her house in Brazil and begin renovating her mother’s house through the platform. 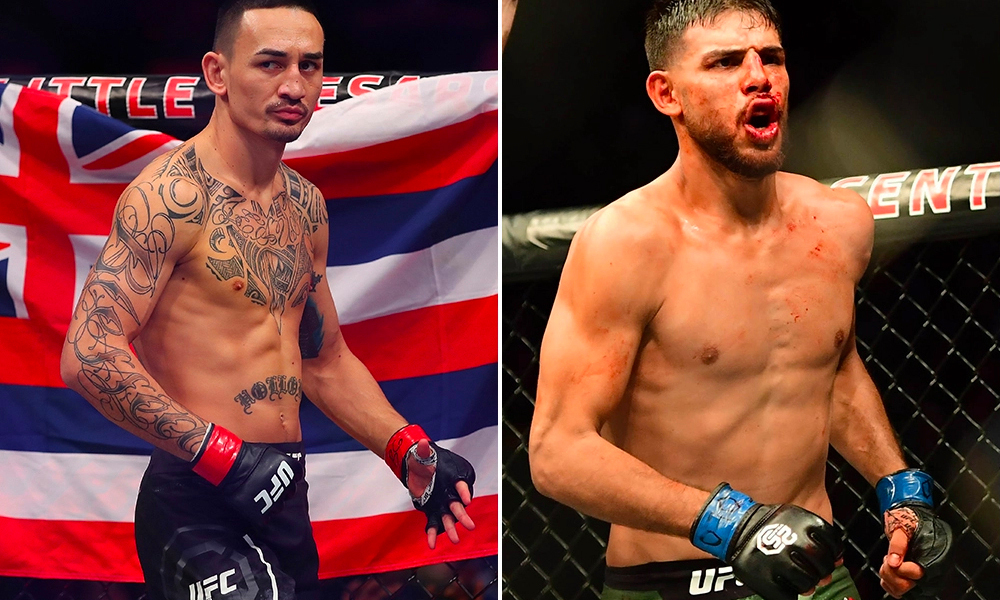 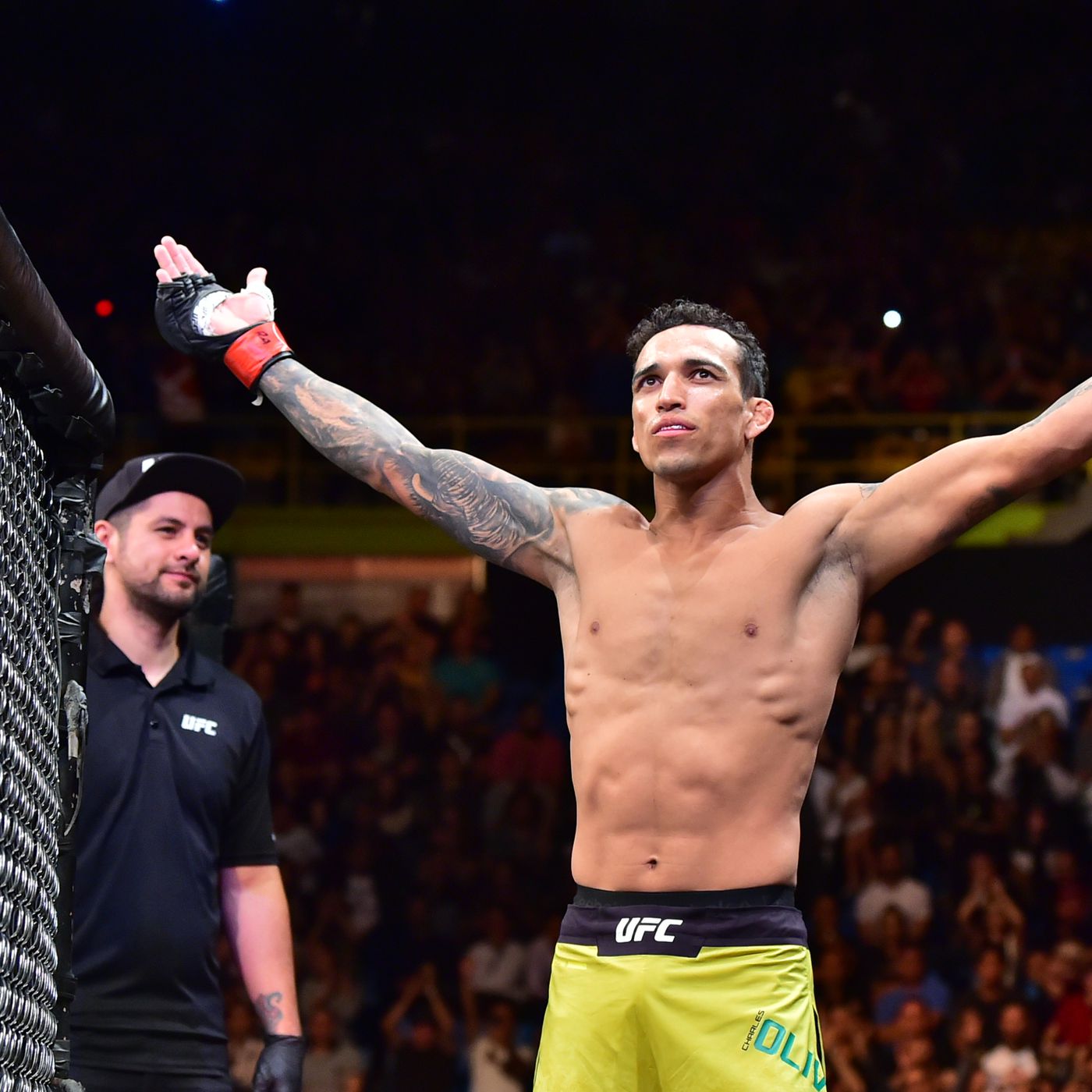 “I can not defend him,” Charles Oliveira says turning down Diaz, he says in a quote “no interest homie”.

It is unbelievable, no one would have ever thought that Nate Diaz could be given this kind of opportunity. Nobody thought Nate would call out Charles Oliveira of all people when does a star of the sport call out someone that the ordinary fans barely know. Charles is going to be passed up they’re going to pit together the winner of Conor emporia versus the winner of Michael.

chandler and geisha, in fact, that gagey chandler fight is going to happen that’s just how it works man when you have so many stars in one division

These are the two fighters the UFC is most definitely going to put together and there is a mini-tournament going on.

Oliveira is the only one that’s discontinuing his participation while everyone else in that top five is moving forward and looking alive.

Nate Diaz is not a contender like these other guys are, he’s not one of the best fighters of the 155-pound division but the difference with fighting Diaz is that it gives you more exposure. It gives you a little bit more of that star power than chandler would or geishi would have.

it’s an easier fight as well it’s the easiest path to a title win for Charles Oliveira as he has the winning streak he has some names in that streak he has the skills all that stuff the only thing he doesn’t have is the star power.

He is the least known fighter of the top five if he had some exposure if he had some star power he’d already be in consideration to fight for the belt one hundred per cent.

he’d already been the guy and they will not pass him up. look at it like this, Tony Ferguson for a long time he had to go on a 10 win streak or so in order to actually be put up against the champion but now there are more fighters with bigger names than there were in the past.

it’s going to be even harder for ali vera to get that title shot if he keeps going with the way he’s going there’s a reason why they’re trying to pass them up with chandler because he is way more marketable he only has one win in the UFC against dan hooker.

one win over dan hooker and they’re ready to push him in front of Charles Oliveira and it’s only because of the mark ability, the way he fights fan-friendly style all that stuff he talks well he has the full package so chandler needs one more fight.

If the belt is not on the line Chandler is only fighting to keep his spot so why not have a little bit more on top of that why not fight for the star power for the exposure that he needs that’s the only thing he’s lacking, and that’s a huge opportunity lost for Charles Oliveira because this isn’t the meritocracy he thinks it is this isn’t “oh I beat the top contender now I get a total shot”, that’s not how it works anymore it hasn’t worked like that for the last six to seven years especially when the top of the division that you’re in has stars in it, stars that get special treatment from the UFC that’s just how it’s gonna be and that’s how it’s always has been

I respect the way he’s trying to go about things, but he’s only gonna get passed up. He turned down Michael chandler in the past his explanation was I want the belt same explanation he gave for the Nate Diaz rejection. This is different than what dana said that Charles didn’t want to fight Michael chandler because it was on short notice that’s not what Charles Oliveira said, he said I’m not gonna fight that guy because he doesn’t give me the belt that’s it but the thing is he’s not going to get that title shot right, now nobody is.

hopefully for him now they re-offer the chandler fight because that’s the only fight that will get him that title shot now watch how they are turning down Nate Diaz, turning down Michael chandler they’re gonna offer maybe another countertop contender maybe a dan hooker or something he’s gonna turn that down and watch them start offering guys like islam guys to build their name off of his because he’s not willing to fight the top contenders or as dana would say Charles just doesn’t want to fight I mean it tells you something that Dustin Poirier calls out Nate Diaz while Charles Oliveira turns down ads that shows you a difference in mentality there.

Dustin gets it Charles does not. I’m not trying to beat chill Sonnen over here and just bash this guy but I really think this was a big mistake from Charles.