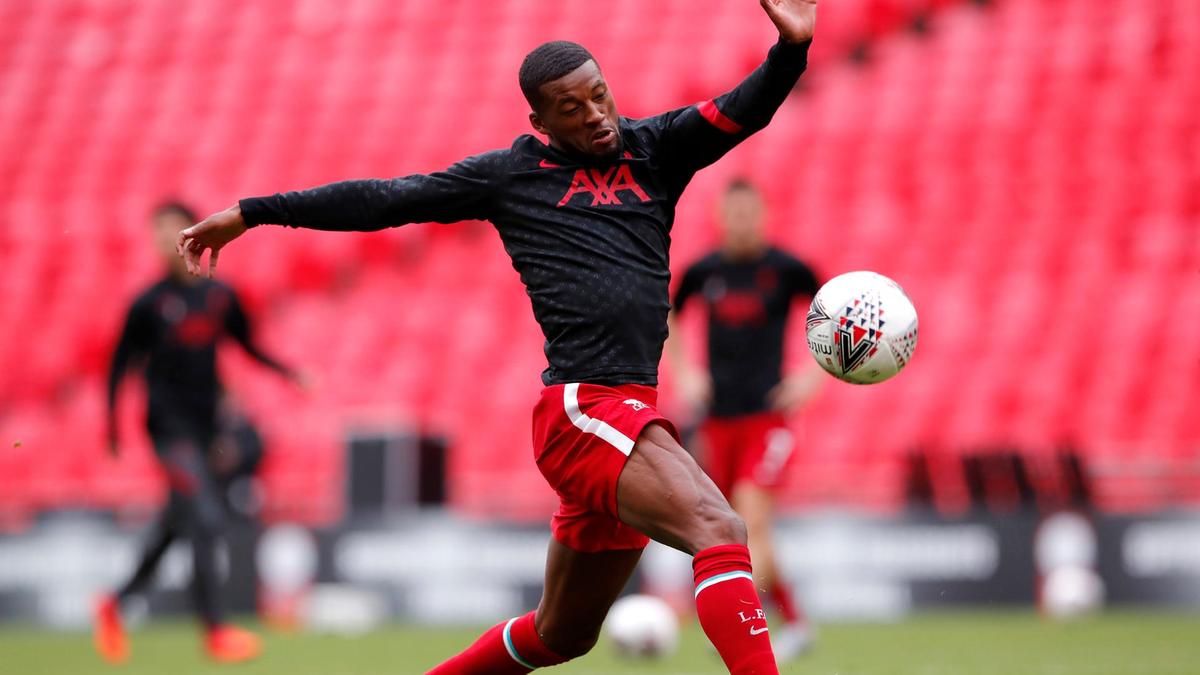 Liverpool could be set to part ways with their star player Gini Wijnaldum, who seems to be on the exit door as a free transfer at the end of the season.

Spanish La Liga giants Barcelona have therefore been linked with the Liverpool man as manager Ronald Koeman is interested in working with him.

Barcelona manager Ronald Koeman has been on the club’s hierarchy to seal the transfer of the Reds player.

With Gini Wijnaldum’s contract running out, with no negotiation on the ground for a new contract to stay at the Merseyside outfit, Barcelona will be free to have a pre-contract agreement with him this month.

However, Gini Wijnaldum is not the only target for the Barcelona boss as he is also keen on the signature of Man City defender Eric Garcia and Dutch winger Memphis Depay, the two players also have their contracts expiring in the summer.

“My position is known: we lack people, but the economic situation of the club is an influence,” Koeman said.

“I think we all think the same. If no one arrives, I accept it and we continue the same. But if we want more we must sign.”

When asked about the decision of the Barcelona hierarchy to block a move for Garcia this month because of financial concerns, Ronald Koeman said: “We cannot demand that the management board make decisions like this.

“We have concluded that if he is a player whose contract is ending, we must wait. If we moved now we would have to pay the transfer fee plus the player’s salary.”

Meanwhile, Gini Wijnaldum is not in a rush to make a decision over his future but he has admitted that there is o development on his future but affirmed earlier last week that the ball is firmly in Liverpool’s court earlier this week.

“There is no update yet. I also think I am not the one who should give the update, the club should. If there will be an update the club will give it.”