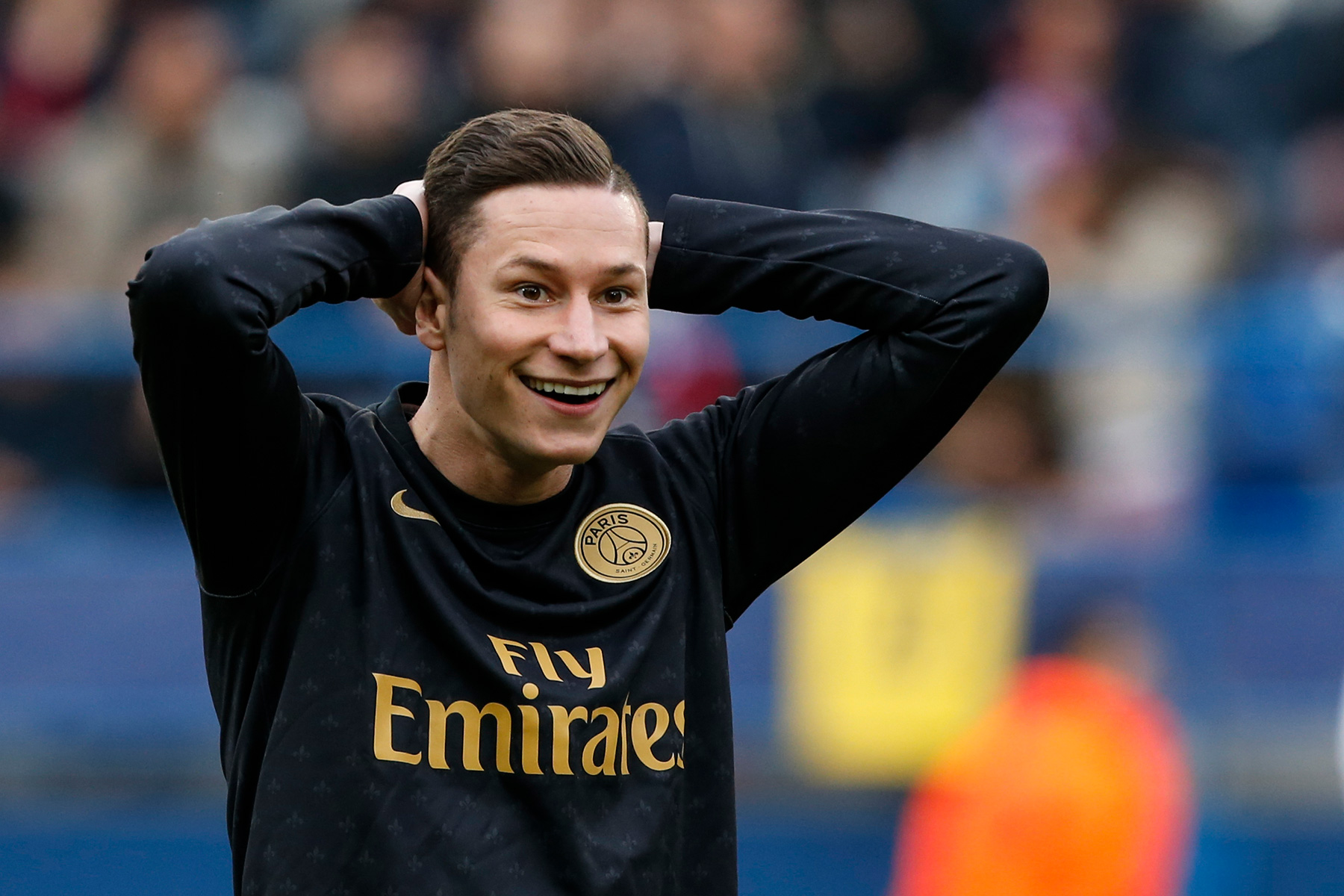 Manager Mikel Arteta is believed to be considering the signature of Julian Draxler who was suggested to Arsenal by the club legend Robert Pires in 2014.

At the time, Arsene Wenger could boast of similar talents who were one of the most talented creative midfielders on the planet, including Jack Wilshere, Santi Cazorla, Tomas Rosicky and a rapidly-improving Aaron Ramsey as well as the prospect of landing £42.4 million record-signing Mesut Ozil.

The presence of these players at that time stopped the North London outfit and their former French manager from considering Julian Draxler.

Nonetheless, Arsenal legend Pires felt that Draxler, with his weaving stride and a remarkable understanding of the game could still make a good addition to the Gunners team, but he was not listened to.

“He’s young and has a lot of potential for development. When I watch him play, I always think that he fits perfectly with Arsenal’s style of football.

“I can see him playing well on the left-hand side or in the attack. He could really strengthen the team.”

Now that Mesut Ozil is no longer available, the Julian Draxler is a subject of speculations of a move to Arsenal and is rated to go straight into the team and solve the creative issues lacking, not minding the stunning emergence of Emile Smith-Rowe, especially as Mikel Arteta is still in the market for one.

It is gathered that a loan move for Julian Draxler may be on the cards with their top target, the £40 million-rated Emi Buendia, simply too expensive.

Draxler has started just five Ligue 1 matches for Paris Saint-Germain 2020/21 and that could stop him from playing a major role in Joachim Low’s Germany side ahead of the upcoming European Championships. His move away could also help him.

Howbeit, manager Mikel Arteta will watch a number of players, including Mesut Ozil leave the club before he brings in a new face this winter transfer window.

Mesut Ozil has reportedly agreed on a deal with a new club in Turkey to end his long-term saga with the North London outfit.