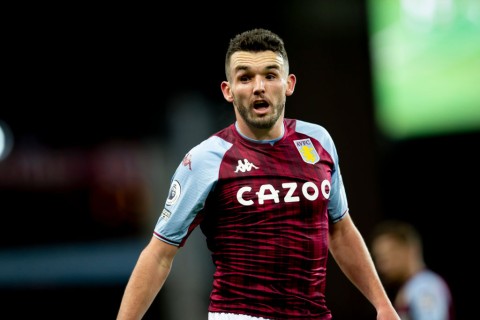 As United are faced with the prospect of losing Paul Pogba, Jesse Lingard and Donny van de Beek in the next six months and with Nemanja Matic nearing the end of his career, there is a need to secure the future.

The Sun reported that Sir Alex Ferguson was keen for United to sign the Scotland international from Villa two years ago when Ole Gunnar Solskjaer was in charge but the Midlands club, demanded for about £50million.

Meanwhile, during his first press conference as United boss, meanwhile, Rangnick revealed he plans to take Ferguson for lunch in the near future.

He said: ‘I have not spoken to Sir Alex because he has just returned from New York and has had to stay at home because of quarantine and covid regulations.

‘But I am very much looking forward to meeting him over the next two or three weeks. Darren Fletcher told me he wants to arrange a mutual lunch or dinner with him.

‘The important thing is to celebrate the DNA this club still has – but to also implement it into the transformation to modern football.

‘And medium and long-term, you need the best manager to develop, coach and train them.’

Zlatan Ibrahimovic has revealed what he hated about his career with United, including having to pay £1 for fruit juice