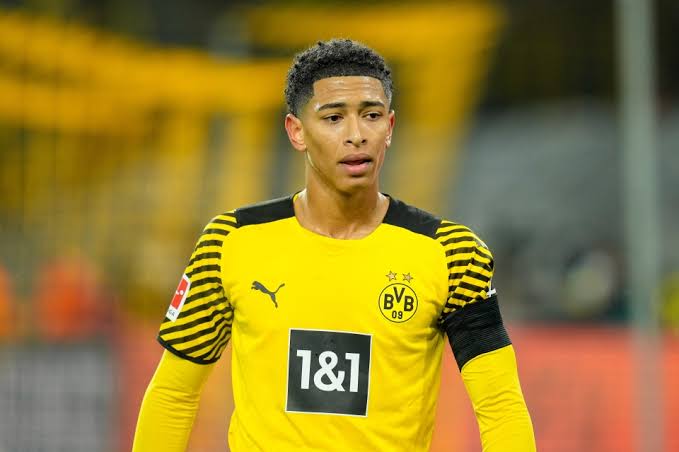 Noel Whelan has hinted that Liverpool could pull off the surprise signing of Jude Bellingham from Borussia Dortmund this summer to hand a major blow to Man United.

The former Leeds striker, speaking exclusively to Football Insider, insisted “money talks” as the race for the 18-year-old heats up.

Man United have been monitoring the progress of the youngster as they plan for talks in the summer.

A recruitment source claims both English giants have enquired about signing the teenage midfielder ahead of the upcoming window.

However, Whelan insisted Liverpool would not take no for an answer if they are serious about winning the race for his capture.

“Their style of play, that’ll bring out the absolute best and improve him as well. He’d be working underneath the best manager that will bring out the best in him, on and off the field and in his performances.

“Whether they can hold out, I understand their policy. They only usually sell one big star a season. Sancho was one, this year is going to be Haaland.

“Can they afford to lose two? Well, probably they can. Money Talks. If Liverpool want somebody bad enough, like we’ve seen with Diaz, they’ll make sure it happen.

“They will not let anybody else take the player that they’ve identified as their star for the next five years. If they want him, I think Liverpool will get him.

“If it is a decision for the young man to choose between clubs, it is an absolute no brainer for me. Liverpool all day long.

“When you look at the players that they have and their style of play, it falls right into Jude Bellingham’s hands.”

Advertisement
Related Topics:Jude Bellingham
Up Next

United given hope in bid to sign Declan Rice