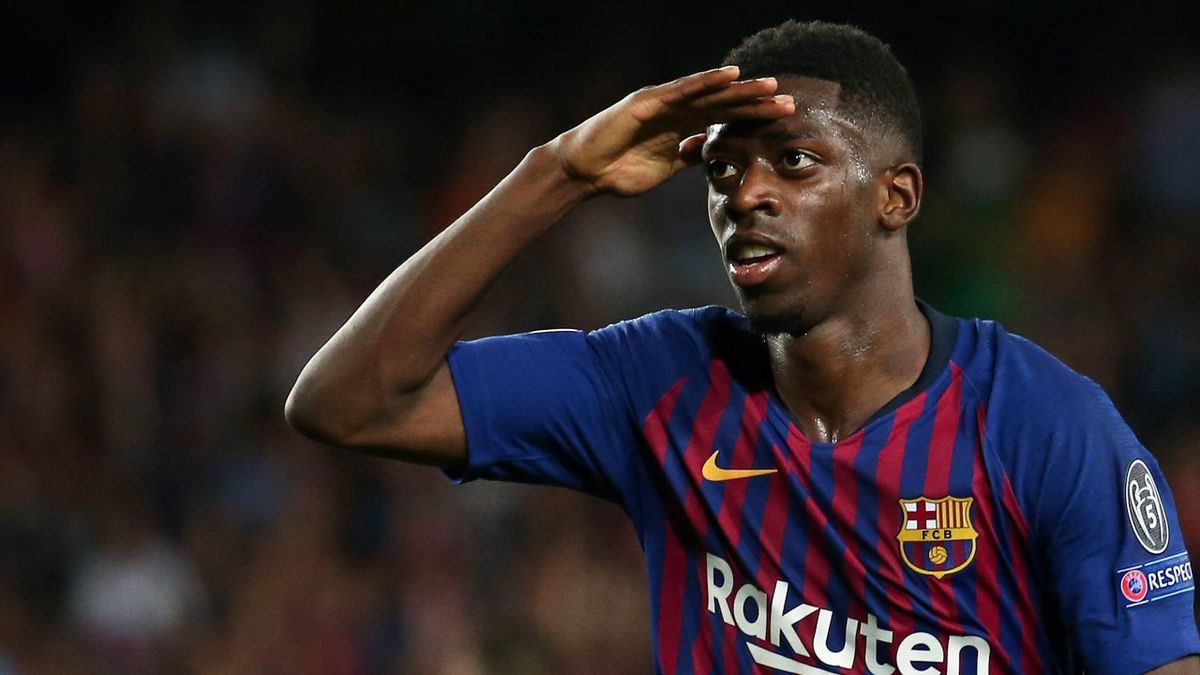 La Liga giants Barcelona are reported to be open to parting ways with their star winger Ousmane Dembele amid interests from English Premier League outfit Man United for his service.

The Red Devils have been in the chase of Ousmane Dembele for the past months.

Efforts to have him join Old Trafford last summer failed after the player refused to give his nod to the move despite Barcelona’s willingness to sell.

Now that the Red Devils are yet to secure their top target, Jadon Sancho, Ousmane Dembele will be a good deal, especially as he is now available for a transfer.

So far this season, the World Cup winner has scored three times and provided one assist in nine games for the Catalan giants but that has not granted his stay at Camp Nou as he is not in the plans of manager Ronald Koeman.

When manager Ronald Koeman newly signed for Barcelona, he was asked about Ousmane Dembele, he said “What is certain in the world? I don’t know. At the moment, he’s a Barcelona player. There’s still one day left for incomings and outgoings. We’ll see.”

Now it is certain that he is not needed at the club as Barcelona are looking forward to land Brazilian international Neymar and must create space for him. The Paris Saint Germain player has not hidden this desire to play with Argentina star Lionel Messi again.

Young Barcelona star Ansu Fati ensured Ousmane Dembele had a fewer playing time with his rise to form. He was injured with expectations that the France international will take over the role but that might not happen if Barcelona receives an offer in the January winter transfer window.

However, reports say Barcelona have already been talking to Man United on the possibility of landing the France international while the former Borussia Dortmund player is aware of the talks.

Man United are now willing to have Ousmane Dembele on a loan deal with an option to make his mover permanent next summer but that seems to be against the wish of the player.

Ousmane Dembele might have changed his mind and now ready for a move but he has given the condition that he would only go on a permanent transfer, not on loan.

Man United told star target is not for sale

Pogba’s United stay might be over after latest revelation