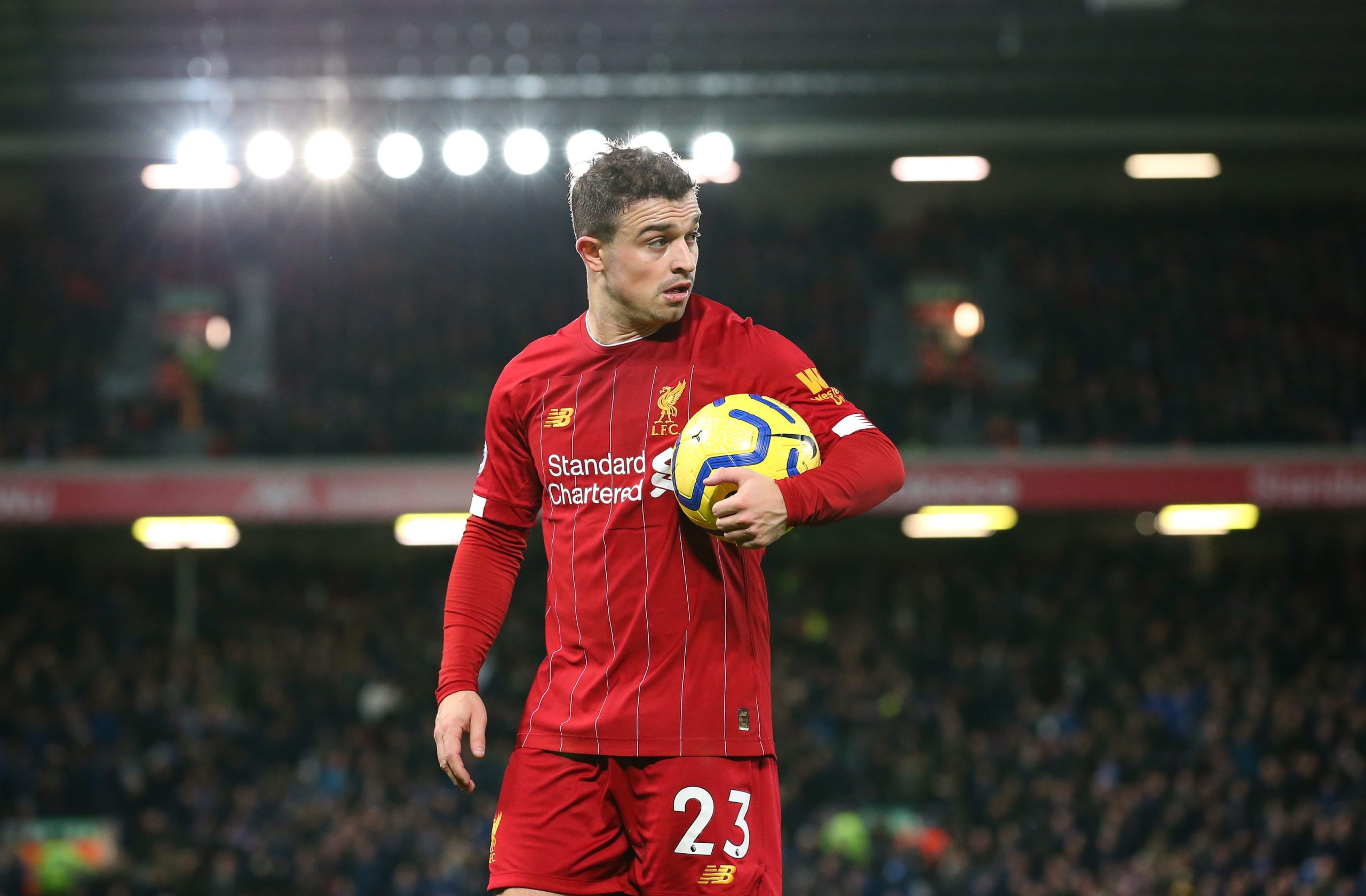 Liverpool forward Xherdan Shaqiri is one of the players wanted by Newcastle in this month’s winter transfer window.

The Magpies have identified the Reds star and Tottenham Hotspur left-back Danny Rose as their top targets for the winter window as manager Steve Bruce is keen for a full-back and a creative wide forward.

There are some assurances from Newcastle United that their owner, Mike Ashley could be ready to approve some incoming deals if some unwanted players can be moved on as the club is currently in some financial crisis.

Should the Magpies fail to agree on a deal with Liverpool and Tottenham for Xherdan Shaqiri and Danny Rose for a full buy, they will consider the option of a loan deal so as to execute the second-half of the season.

Newcastle United are at an advantage and has the chances of landing the Premier League duo as they are both not needed at their various clubs which makes it easy to strike a deal in the coming weeks.

Rose has been axed from Spurs’ Premier League squad and left to train and play with the side’s under-23s. He is set to become a free agent at the end of the season but there could be a mutual agreement between the club for him to move on this month.

Xherdan Shaqiri also seems unwanted at Anfield as he has managed just three Premier League appearances in 2020-21, with all coming off the bench and totalling 52 minutes.

Speaking on his future last year, Klopp had stated that “…There is no doubt about Shaq’s quality, there was never any doubt and in the moment everything looks really, really good, it looks promising and we will see.”

However, the 29-year-old will surely play regularly at a side like Newcastle given his quality and experience that is highly needed at Newcastle United.

For Steve Bruce, quality competition and cover for Jamal Lewis is a priority, given Paul Dummett’s injury issues. He, however, has an option to land PAOK left-back Dimitris Giannoulis as the player has already been to the Magpies.

The next couple of weeks could have Newcastle United pull some transfer deals to help deliver better results in the second half of the season.

One of these five defenders could join Liverpool this winter