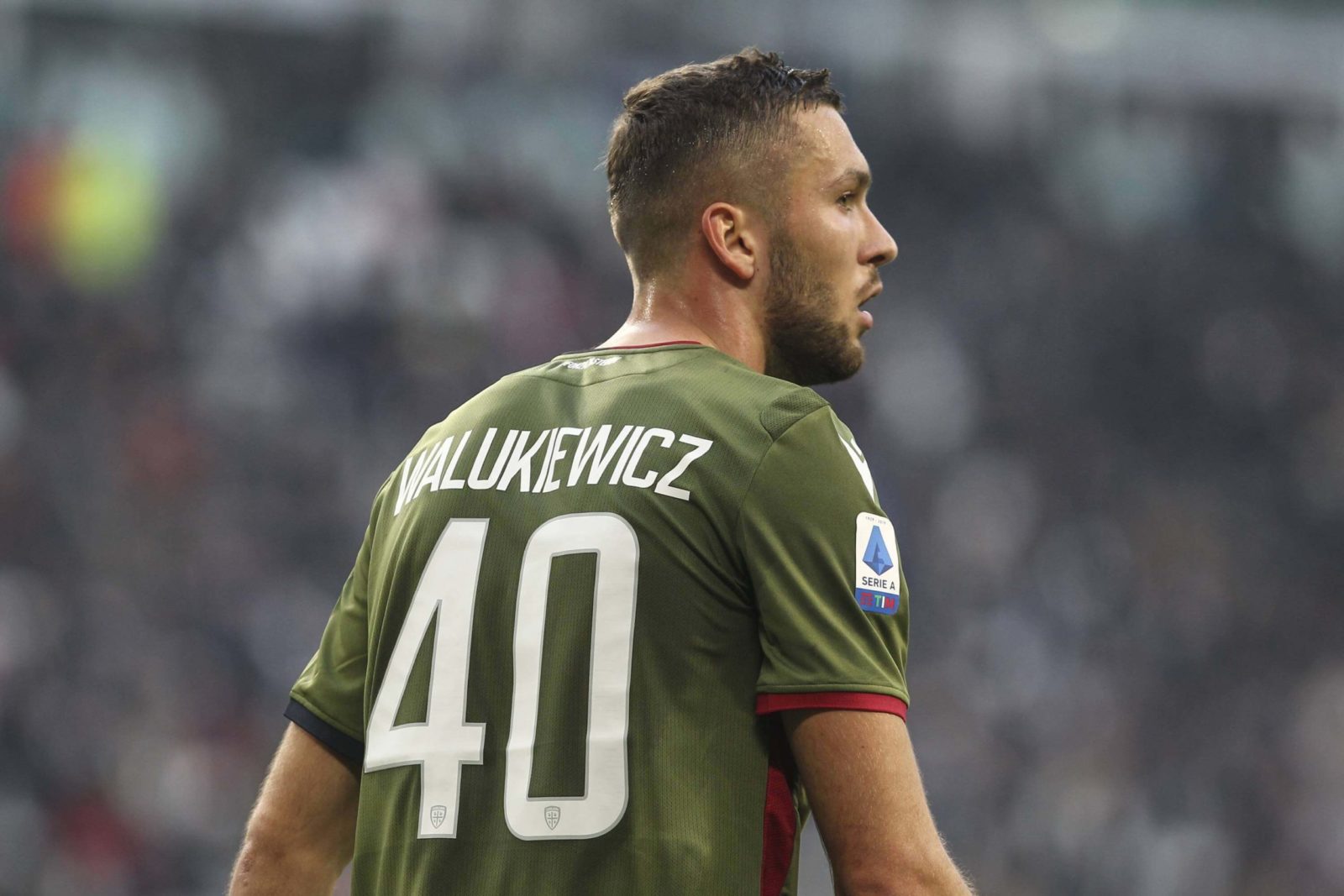 English Premier League title holders have joined the race to sign one of the most interesting defenders in the Italian Serie A outfit.

Cagliari defender Sebastian Walukiewicz has been on the radar of a host of teams in the Premier League, including Man United and Chelsea but the Reds are making efforts to snap him up by convincing him of a better project at Anfield

Liverpool were hit with an injury crisis after Virgil Van Dijk was ruled out of the season while other defenders were battling for fitness. The Reds can boast of only Joe Gomez and Joel Matip as the natural central defenders aside the youth team players that have now been deployed.

Brazilian international Fabinho is also made to have a change of duty from a midfielder to a defender due to the injury crisis.

However, the Reds are making efforts to snap up a defender that can stand in before the return of the former Southampton defender. The recruitment must also consider a player that can be relied upon as the future of the club.

The Poland international has already shown in Serie A this season that he has a big future and meets the criteria needed at Anfield, the reason why manager Jurgen Klopp is keen to been competition from Chelsea and Man United for his signature.

Liverpool’s Premier League title defence is already being threatened by the injury situation and a move for Sebastian Walukiewicz in the January winter transfer window would be a good one for the Reds.

Meanwhile, Man United rate Sebastian Walukiewicz ahead of Victor Lindelof and Eric Bailly and will want him as a partner to Harry Maguire as they are finding it difficult to secure the signature of RB Leipzig duo, Dayot Upamecano, and Ibrahima Kanate.

However, Poland international, Mateusz Borek advised the Liverpool target against a move to the Enlish Premier League as he made it clear that most to clubs in Europe do not rely on young players.

He told TV program “Misja Futbol Dogrywka” that “About Sebastian Walukiewicz, I often talk to Tomasz Suwary, who, together with his Italian partners, leads the player. Walukiewicz went to the defenders factory, to Cagliari. There he learned to defend, he learned different systems.

“There are several directions. England awakens the imaginations of fans. Big clubs such as Liverpool, Chelsea and Manchester United. I am not saying that Walukiewicz is ready to play at this level. The policy of these clubs is as follows: we buy potential and loan it out so that the player can develop.

“If I could advise, I would point to this club, due to the fact that probably no club in Europe relies so boldly on young players.”