The agent of Napoli right-back Giovanni Di Lorenzo has played down reports linking his client to Manchester United this summer.

Di Lorenzo’s quality was seen by all during the Euro 2020 after he started five of Italy’s seven games, including last Sunday’s final which they won 3-2 on penalties against England at Wembley.

Ole Gunnar Solskjaer, who has been tracking the 27-year-old this summer is now convinced to make a move for him to provide more competition for Aaron Wan-Bissaka, but Di Lorenzo’s agent Mario Giuffredi is not aware of any interest from the Red Devils.

“Aurelio De Laurentiis spoke at the press conference explaining Napoli’s losses, that all his players are transferable and that, if appropriate offers arrive, he will evaluate them himself,” Giuffredi told Radio Marte.

“If offers arrive, we are obliged to take them into consideration, also in the interest of Napoli, because it is the president himself who has put everyone on the market.

Di Lorenzo made 46 appearances across all competitions last season for Napoli, who finished fifth in Serie A, missing out on a place in next season’s Champions League.

Meanwhile, respected transfer journalist, Romano Fabrizio earlier stated that the Italian Serie A outfit, Napoli not willing to sell the player, rather they are ready to extend his contract until June 2026 with an agreement expected in coming weeks.

Man United are fully in the summer transfer window as the club owners have backed manager Ole Gunnar Solskjaer with funds to equip the team ahead of next season.

The Red Devils finished second behind Man City, hence the need to work harder to win this term.

Man United fans still have one worry over Raphael Varane 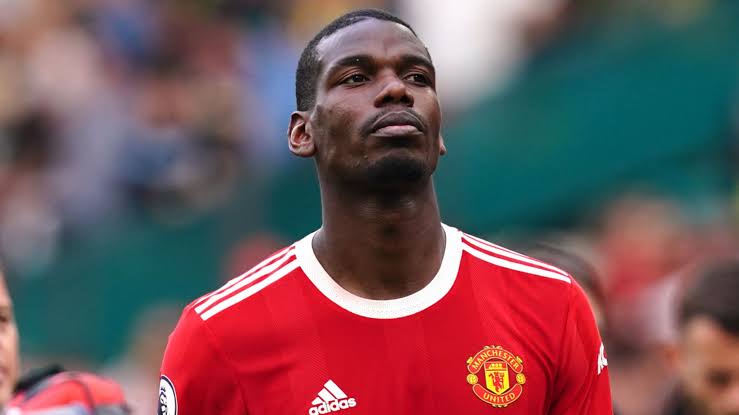 He said the club will not discuss signing Paul Pogba without first alerting Manchester United.

Juve met with agents for Pogba on Monday and the outcome is still unknown but he is expected to leave Old Trafford with no new deal on the table.

“Pogba is a Manchester United player. We must show respect for him and his squad. Having said that, Pogba’s agents are also the same who represent Kean and Luca Pellegrini, so it’s only normal we should meet with them.

“The subject of today’s meeting was not Pogba. If we wanted to talk to Pogba, we would first need to speak to Manchester United. It’s a gentleman’s agreement between the clubs.”

On his season assessment, Arrivabene also stated: “Considering last season, with fourth place earned on the final day thanks to Napoli’s draw elsewhere, and considering that this year our objective was Champions League qualification, we can say we achieved our target.

“If you don’t win the Scudetto, of course there are regrets, because those trophies are there to be won, but we were also in the middle of a generational shift and naturally that reconstruction takes time.

“Winning is the only thing that matters, today or tomorrow. During a reconstruction phase, reaching the Champions League is a good thing.” 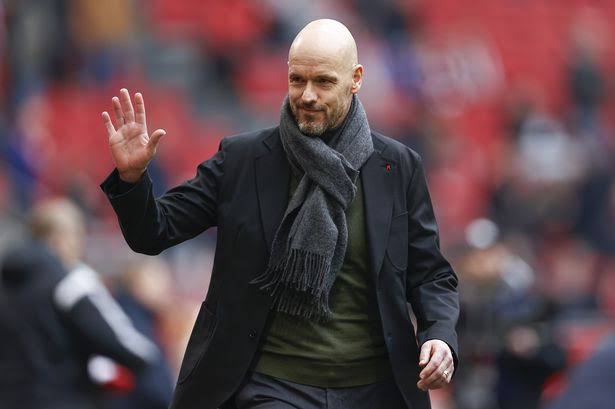 Erik ten Hag has barely started his job as Man United manager but his destination after the Red Devils job has been hinted.

This is as Ajax with former sporting director Marc Overmars said the new Red Devils manager could return to the Dutch club.

Overmars quit the Dutch champions in February over inappropriate messages sent to female colleagues, and has since joined Royal Antwerp.

Ten Hag has long credited the former Arsenal star for his part in Ajax’s title success.

“We humans are in this world to help each other not to shoot each other,” he said.

“This championship is also his championship. We built this team together. After the game against Heerenveen, I also congratulated Marc with the title via text.

“It’s a romantic thought to return to Ajax together one day. We have been very successful together. It’s hard to say if it will happen, but it could happen.”

However, Erik ten Hag has a huge responsibility at Old Trafford and it starts with this Summer transfer window.

The manager is also expected to overhaul the team and have a rebuild so that they can return to winning ways in the coming season and complete for titles. 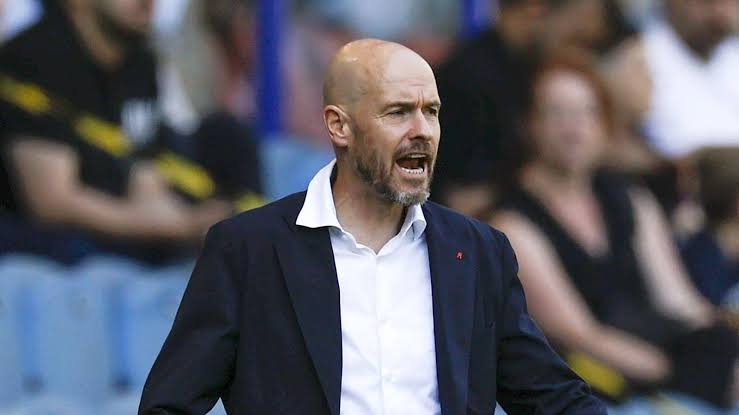 Paul Robinson has expressed fears for Erik ten Hag after claiming that the Dutch manager might not know the load he is set to carry at United.

According to him, Erik Ten Hag is underestimating the size of the job.

Speaking exclusively to Football Insider, the former Spurs and England number one slammed the Red Devils for having a “catastrophic” end to the season.

Robinson fears Ten Hag, who was confirmed as United’s next permanent manager on 21 April, has an incredibly difficult job on his hands.

“The club is a shadow of itself when you compare it to the Sir Alex Ferguson era. They are worlds apart.

“To lose 4-0 at Brighton is a catastrophe. I don’t think Ten Hag realises the scale of the job on his hands.

“The dressing room is not together. There is a lot of big characters and deadwood in there. There needs to be change from top to bottom.

“The club is in decline. It is not in a good place. To lose 4-0 to Brighton is unacceptable. It could have been seven or eight as well.” 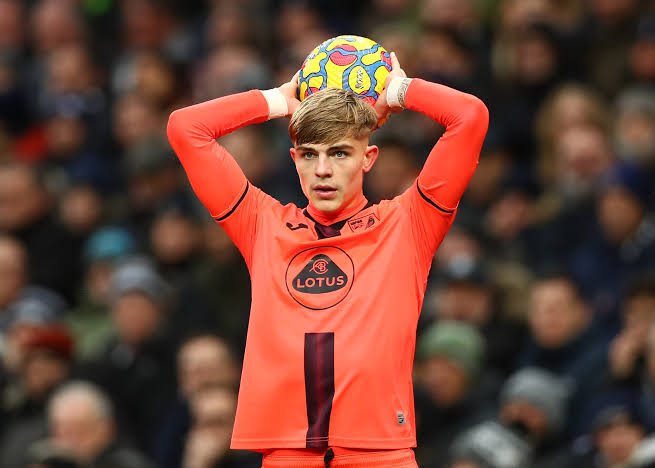 Brandon William, who has not been mentioned over time on the exit list could leave Man United this summer on a loan or permanent basis.

This hint was given by former Premier League goalkeeper Paul Robinson, when he spoke exclusively to Football Insider about the 21-year-old’s future at Old Trafford.

William has spent this season on loan at Norwich City, who have been relegated back to the Championship at the first time of asking.

The full-back is expected to return to his parent club after the Canaries’ final game but he could just bid a farewell to the club.

The United academy product has just over two years remaining on his contract at Old Trafford.

When asked by Football Insider‘s Dylan Childs for his assessment of Williams’ future, Robinson said:

“Under [Erik] ten Hag, everyone will get a clean slate at Man United.

“Williams has never really been given a run of games at United but that could change. What he has to do is hit the ground running in pre-season.

“But, if I’m honest, he is unlikely to even get a place on the bench next season. For that reason I think it is more than likely that he will move on, whether that be on loan or on a permanent basis.”

The left-back has made 50 appearances in total for Manchester United, scoring once in a 3-3 draw with Sheffield United in 2019.

Man United owners hiding something, finance guru gives a hint on what could be happening at Old Trafford 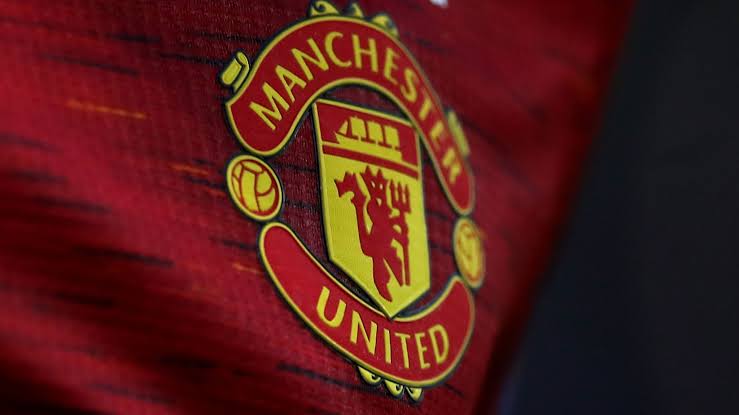 Finance expert Doctor Dan Plumley, who spoke exclusively to Football Insider said there is something Man United owners are not saying that might be happening already.

He made this claim after chief of staff Patrick Coyle, a figure at the club left Man United.

Ed Woodward is the most high-profile departure in recent times, and head of corporate finance Hemen Tseayo and chief negotiator Matt Judge have also left in the last few weeks.

Plumley theorises that, although the party line is that departing figures have left to seek new challenges, the Glazers may actually be aiming for a “total cultural reset” and have been behind this exits.

“I think it has an orchestrated feel if you look at the number of departures,” he told Football Insider’s Adam Williams.

“I always look at things from the top down. The ownership structure is a bit delicate but underneath that you have got the people who are on the ground.

“Everyone needs to be pulling in the same direction and sometimes a full freshen-up is needed. There is a famous quote: ‘culture eats strategy for breakfast’. That is what a lot clubs will target.

“You have to focus on culture first and then everything else follows. It feels like a cultural reset. It isn’t just job exits, it’s more than that.”

The team will also be under the supervision of a new manager next term, with Erik ten Hag set to take charge. 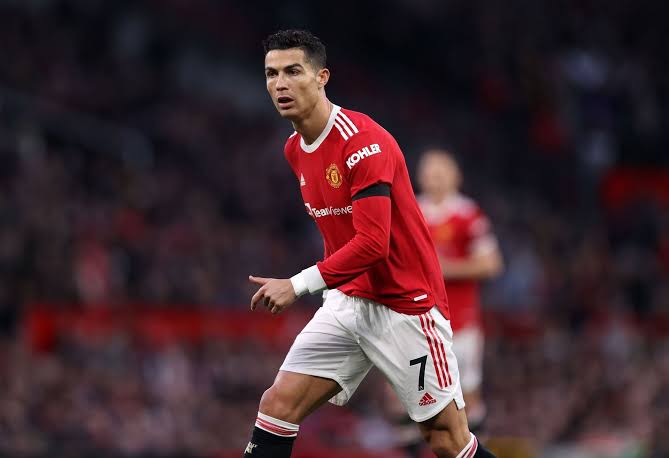 Man United legend Rio Ferdinand has protested the exclusion of Cristiano Ronaldo on the shortlist for the Premier League’s Player of the Season award when Arsenal’s Bukayo Saka was mentioned.

Ronaldo was not a standout performer this season but the 37-year-old has still scored 18 goals in his first campaign back in the Premier League.

Meanwhile, Saka has been one of Arsenal’s standout performers with 11 goals and six assists in the Premier League so far.

But Ferdinand believes Ronaldo has done enough to warrant being alongside the frontrunners for the award.

‘Saka’s in the in the Player of the Year nominees?’ Ferdinand asked on Vibe with Five.

‘I wouldn’t have had Saka in there yet, as well as he’s done.

‘I wouldn’t have had him over Ronaldo, no, not this season.

‘Ronaldo should be in ahead of three of four of those guys in there.

‘He probably doesn’t win it but in terms of nominees, it’s laughable.

‘He’ll take it as a disrespect but these are the things that fuel him, he’ll be thinking, ‘how dare you?’.

‘If it’s based on stats, he’s like, ‘I’ve banged in more goals than most of them on that list other than Salah, so what are you talking about?” 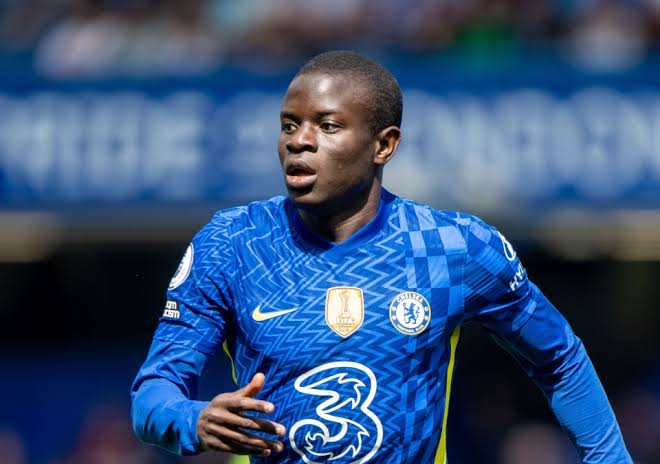 Football pundit Noel Whelan has hinted that Man United are eyeing to seal up a deal to land N’Golo Kante from Chelsea.

The former Leeds striker, speaking exclusively to Football Insider, said the incoming manager Erik ten Hag should look to “build something for the future” rather than signing a “quick fix” in the 31-year-old.

Kante, who has started 19 Premier League games this term, is out of contract at the end of next season, the reason why the Dutch manager wants to take up the advantage.

Whelan insisted that Man United should not be targeting players over 30 this summer.

“I’d like to see Man United looking to bring in much younger players,” he told Football Insider‘s Ewan Kingsbury.

“I don’t see the point of getting players in who are 31 or 32. They need freshening up all over the park, and to do that they need to get young talent through the door.

“Don’t get me wrong, N’Golo Kante is an exceptional player. He can still be one of the best midfielders in the Premier League on his day.

“But what is the point of signing players for two years?

“It’ll take a transfer fee – and they won’t get anything back for him in a couple of years.

“The fans will like to think Ten Hag is looking to build something for the future rather than just looking for a quick fix.”

One United player hints at Why it’s been difficult playing for the club, makes Ten Hag claim 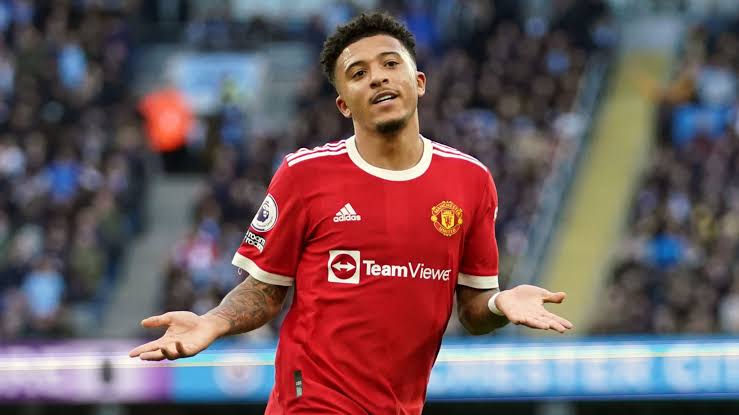 However, he is optimistic that he can have a new start at Old Trafford when new manager Erik ten Hag fully resumes and if he would not be among those to be shown the exit door.

Speaking to the Premier Productions, the England international said he was waiting to see the new ideas his coach will bring to Old Trafford.

He said: “To start again fresh, with a new manager coming in, we’re looking forward to seeing what his ideas and plans for the team are.

“You only have to think positively. My career is only getting started and, hopefully, it will take off soon. This has been a difficult season, especially being a Manchester United player, with what the club has achieved over the years.

“United is known for winning trophies and being up there with the best. This season has been a difficult one for all of us, but I think we still have to show belief again.”