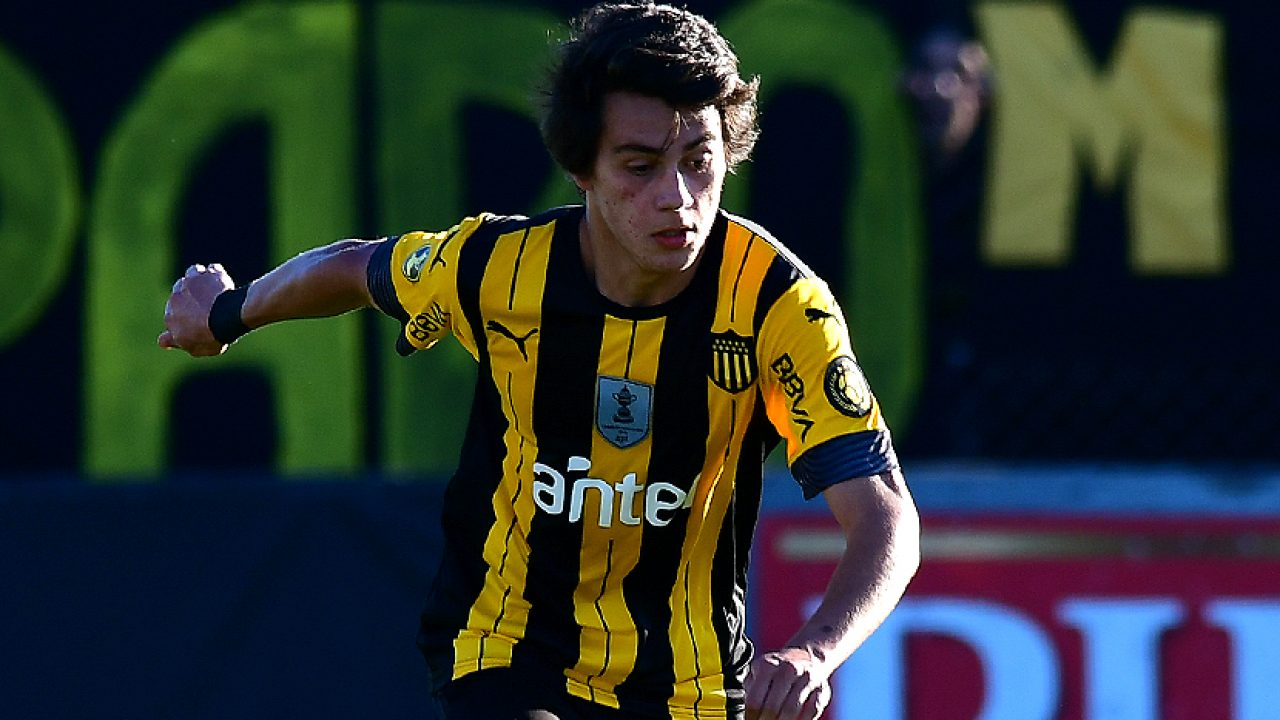 Facundo Pellistri’s agent Edgardo Lasalvia has confirmed that his client is set for a temporal exit from Manchester United and could join a La Liga club on loan for the rest of the season.

The 19-year-old winger joined the Red Devils for a fee of £10 million from Uruguay club Penarol in the summer transfer window and has been training with the team but yet to get the chance.

Facundo Pellistri’s chance and debut was to be handed to him in the FA Cup win over Watford before he was ruled out of the clash after testing positive for COVID-19. He was also named on the bench in the Champions League group stages against Paris Saint-Germain and Istanbul Basaksehir.

Although, Pellistri has had eight appearances for the U23 side since completing his move to United. Now that the Red Devils have secured the signature of Amad Diallo from Atlanta, his chances will be limited the more which is the reason why he has to leave for a first-team experience.

However, his agent, Edgardo Lasalvia disclosed that the youngster would leave Old Trafford before the end of the month.

He said: “We are working on that (a transfer), surely Spain is the destination.”

In a recent interview, Pellistri told Man United’s official website that “It’s been amazing to train with guys like [Marcus] Rashford, [Paul] Pogba, [Juan] Mata and Edi, who is very close friends with me,

“It’s amazing for me because I watched them on TV and now I am practising with them. The intensity, the high quality they have, it’s great for me to play with them and I improve a lot.

“All the time I speak with Edi and he is a very nice person. He is always trying to be around me, giving me advice and everything that I need. He is there to help me and that is very important for me. I am very happy with that.

Meanwhile, Penarol secretary Evaristo Gonzalez has revealed that an agreement was reached during negotiation with Man United that Pellistri would be going straight into the first team.

He said: “Pellistri is going straight to the first team. He’s going to play. During negotiations, they asked me if I could guarantee that he was in the bubble because they need him.

“Then it will be a matter of whether the manager uses him.”

Ex-coach explains why signing of this England star is pointless