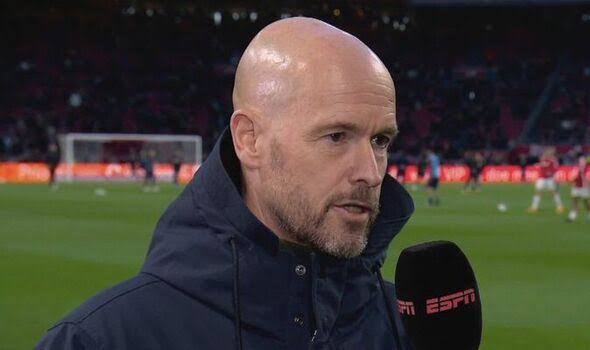 He noted that the mistake is associated with Edinson Cavani leaving the club this summer.

Cavani, who scored 17 goals in 39 outings during the 2020-21 campaign, his first season with the club, struggled to impress this season and will have to leave.

McAvennie lashed out at Erik ten Hag for not doing more to keep a player who will guarantee the club goals if he is given game time.

“Well it looks like Cavani is going which is a ludicrous decision,” McAvennie told Football Insider correspondent Ben Wild.

“He is an unbelievable striker and he is streets ahead of some of the other attackers there, let me tell you.

“When he plays, he scores, It’s as simple as that. But for whatever reason, he hasn’t played this season.

“He has the appearances but they are all off the bench. You see the likes of Sancho and Rashford playing but they are both struggling.

“Next season is going to be tough for them, there will be a lot of new players. You need an experienced head to keep the peace and keep everything stable.

“Cavani would be perfect for that, even if he doesn’t play so much.

“I know Ten Hag hasn’t even come through the door yet but this looks like mistake number one to me.”