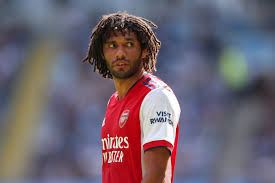 Mohamed Elneny’s agent Alaa Nazmi has revealed that his client would have left Arsenal in January transfer window.

According to him, manager Mikel Arteta blocked Elneny from leaving the club.

With the season nearing its end, the 29-year-old’s future is still unclear but his agent confirmed that he was close to leaving in January.

“Mohamed Elneny doesn’t follow social media directly, but sometimes someone from his circle would send him news about him or criticism,” Nazmi told Mega FM.

“The player’s contract expires at the end of the current season, and Michael Arteta, Arsenal’s coach, rejected all offers that came to Elneny in and asked that him to stay with the team.

“Newcastle United, Valencia of Spain, Lyon of France, and the largest known Turkish clubs, Galatasaray and Fenerbahce, wanted to sign Elneny, but in the end Arteta and the Arsenal management refused.

“There are no official talks with Al Ahly, and the question is illogical. Elneny still has the desire and ability to play in Europe. We only talk about that because Elneny played in Al-Ahly’s academy.

“When asked about playing for Al Ahly, Elneny replied by saying that he still has the ability to play in Europe. But after four years his performance will differ, and maybe he would have retire. He doesn’t want people to see him perform poorly and he wants to retire in Europe,” he concluded.

How £489.7m spent by Arsenal reveal the club is not doing well