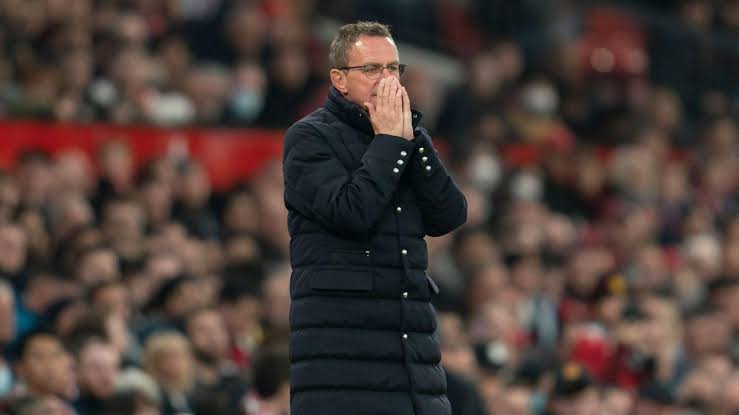 Former Leeds United stopper Paddy Kenny, speaking exclusively to Football Insider said Ralf Rangnick could resign from his role at Man United so he can focus on the Austria job after criticisms.

Amidst United’s struggling, the German manager, who is take up a consultancy role when Erik ten Hag resumes, was announced as the new manager for Austria national team.

A lot of reactions has followed this development and he could just end his relationship with the Red Devils at the end of the season.

Kenny is now predicting Rangnick will be forced to resign and that could happen as soon as this summer.

“Well the club is all over the place and you have this guy doing another job,” Kenny told Football Insider correspondent Ben Wild.

“Firstly, he has done absolutely nothing to justify himself staying around next season.

“I know it was agreed but the whole club needs change, he should resign, really.

“Secondly, how can he focus on two jobs? Why does he want to stay? Surely he wants to fully focus on the Austria job.

“You know what people will say if Austria start underperforming. They will be telling him to leave Man United to focus on the job.