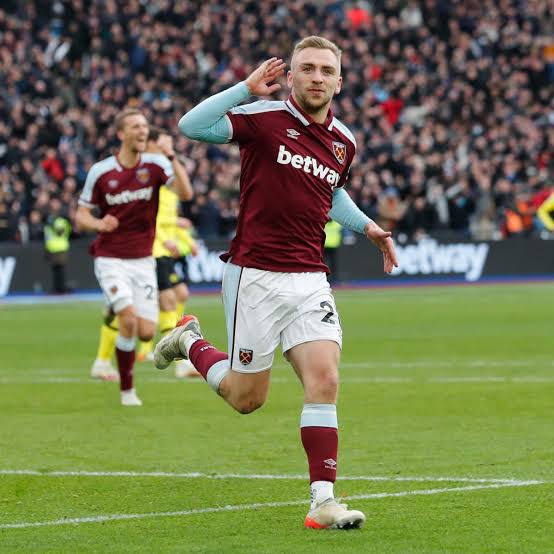 Noel Whelan has insisted Jarrod Bowen is “very much worth” a potential £50million price tag with Arsenal and Liverpool linked with his signature.

The former Leeds striker, speaking exclusively to Football Insider, expressed confidence that the 25-year-old forward would fit into any side in world football.

David Moyes’ side have issued a “hands-off warning” to Arsenal and Liverpool as they continue to circle Bowen but a deal cannot be ruled out in the future.

Bowen, who has a contract with West Ham United until June 2025 scored 17 goals and 13 assists across 50 games last term to earn his first-ever Three Lions recognition.

According to Whelan, selling the former Hull star would be a “massive loss” for West Ham.

He told Football Insider‘s Ewan Kingsbury: “I think he’d fit into any side with the way he’s been playing.

“He’s a really good, exciting player. 25 years old but it feels like he’s been around for a lifetime – and still has those prime years ahead of him.

“£50m wouldn’t be a price tag you would sniff at. He’s very much worth that with what he gives you. He’s got work rate, assists, goals, running off the ball – and he’d fit right in at Arsenal.

“If they can prise him away from West Ham then it’d be a massive loss for them. I’m not sure you can replace someone like him.

“He’s more than just a quality player, he’s the right character and personality they need in that side.”