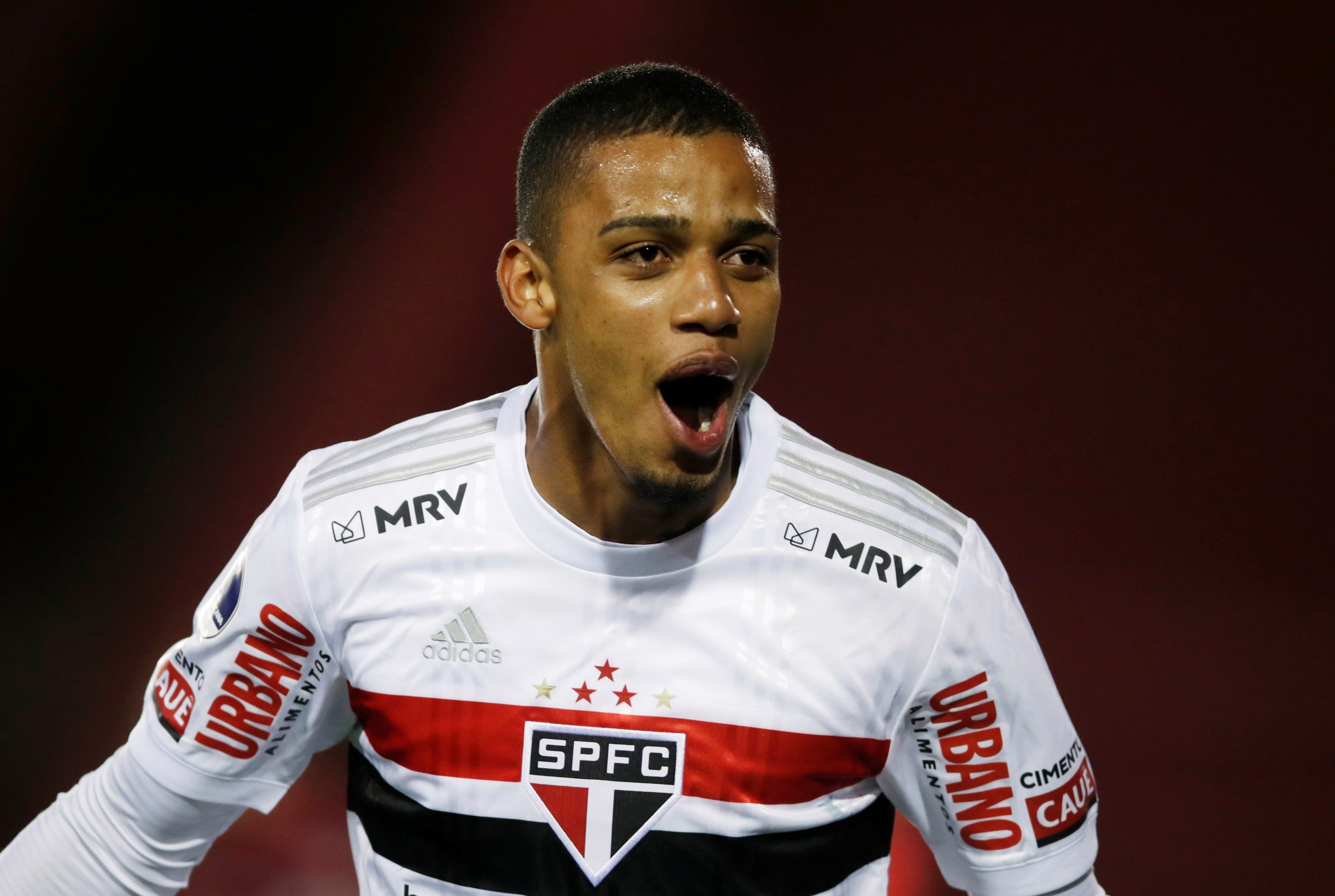 English Premier League outfit Arsenal are currently battling to score goals as they have gone a number of games without a win.

There is a need to bring in a new striker that will ease the pressure on Gabon international Pierre-Emerick Aubameyang.

Former Sao Paulo star Brenner is the striker that has been identified as a perfect fit for the North London outfit with the 20-year-old in the best form of his career so far.

The Gunners are joined by Juventus, PSG, AC Milan, Ajax and Lazio in the chase of the U20 Brazil international as they are all attracted to him for a move as soon as possible.

French striker, Alexandre Lacazette and Willian are currently not in the best goal-scoring form.

They are unable to help out with the former Borussia Dortmund striker, who has been the goal scorer for the club in the last two seasons struggling to find the back of the net.

The 20-year-old striker came to the limelight at Sao Paolo back in the summer of 2017 and has grown to become of the most important players in the league.

He has been involved with the Brazilian U-20 national team where he also gave a good account of himself.

Brenner has achieved this year, in his goal-scoring having found the back of the net 15 times with three assists in 25 games.

Just like the legendary Thiery Henry, the young lad’s natural position is as a striker but he has also operated from either wing severally.

He is a graduate of Sao Paulo’s academy, known for a great reputation, having produced players like Kaka, Cafu, Lucas Moura and Oscar in the past. He could be the next revelation and could fulfill it at the Emirates Stadium.

Mikel Arteta is already considering the option of doing away with Alexandre Lacazette in the summer to give room for Brenner as the former Lyon striker has not paid the faith shown in him.

There are fears that his release clause could be increased with the several interests he is attracting from top clubs in Europe before the next summer transfer window but that will only happen if the club agrees to sell him.